The garlic sector calls on Brussels to end China's 'dumping'

The garlic sector has asked Brussels to end dumping from China and to control the frozen garlic, which is brought out of quota and at low tariffs without actually being frozen, as they are brought in containers at -4°C and are sold as fresh garlic.

This, according to the president of the garlic sector of Asaja Córdoba and vice president of the National Garlic Table, Miguel del Pino, who also stressed that the garlic was being sold below their production cost. They were showing Brussels that this practice was dumping and they were asking them to stop it because, even though it cost the European sector 4 euro to freeze it, the product was entering the region at one euro."

This issue was discussed by the Ministries of Agriculture of Spain, Italy, and France at a meeting in Toulouse (France) in preparation for the next Joint Committee on Fruit and Vegetables, which will be held on May 31 in Lisbon (Portugal). 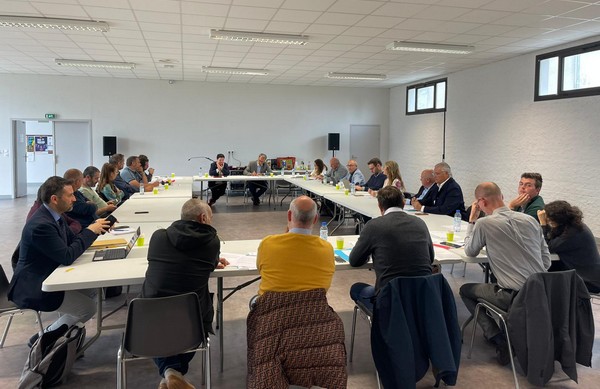 According to Miguel del Pino, the ministries also discussed the common position of the three countries to convey to the European Union the concern regarding the suppression of plant protection products essential for the cultivation of garlic, since many of them are being banned and farmers have no alternatives for treating weeds, which could ruin them.

The different ministries agreed to transfer to Brussels the raw materials of the products they need, taking into account that some of them are allowed in France and not in Spain.

The sector also expressed its concern because some sellers or supermarkets were changing the origin of the garlic in the labels stating, for example, that the product came from Italy or Spain, when in fact it comes from China. To this end, the sector is working with different laboratories in Spain and France to be able to identify the origin of garlic and try to uncover this fraud.

The price, according to Del Pino, is right and there are practically no stocks in any of the three countries. "There is demand for garlic and the market is reasonably good. We are waiting to see what prices and under what circumstances the Chinese garlic will come out, as China accounts for 83% of the garlic sown in the world.