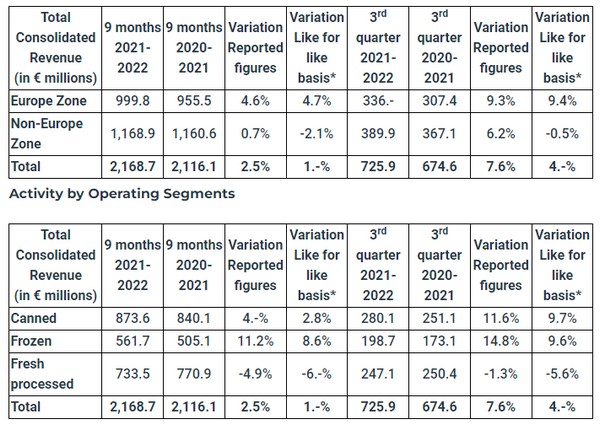 Bonduelle's position on Ukraine and Russia
The Bonduelle Group considers that it is its duty to ensure that people have access to essential foodstuffs and to do all it can to avoid contributing to food shortages. As part of its mission, the Bonduelle Group therefore ensures the continuity of its activities in Russia to feed not only the 145 million Russians but also the 90 million inhabitants in the surrounding countries supplied by the group's Russian factories.

Yet the current context calls for exceptional measures.
The Bonduelle Group therefore decided on March 17, with the unanimous support of its controlling shareholders, its Board of Directors, and its Supervisory Board, to allocate all profits from sales in Russia during the period of conflict to the future reconstruction of infrastructure and agricultural and food ecosystems damaged by the conflict in Ukraine.

Given the business activity trend observed over the first nine months of the financial year, the necessary changes in price negotiated or to be negotiated as a result of cost inflation, and despite an uncertain health, geopolitical and consumer environment, the group confirms its guidance of 3.-% growth in business activity and targets a stable current operating margin compared to the previous financial year, at 3.6% of revenue at constant exchange rates and scope of consolidation.