"Green asparagus prices have been good so far, but they won't suffice to make up for the volume shortages"

The weather conditions have taken a heavy toll on Granada's asparagus this year. "We estimate that we are going to see a drop in the production of approximately 40%, mainly as a result of the dry weather during the winter and the weather conditions in March, which are also to blame for a considerable delay in the start of the season," says Javier Trujillo, president of the San Francisco Agricultural Cooperative (Cosafra).

"Now our campaign is in full swing, but we have started up to a month later than usual and we won't be able to recover, because we are competing with the other European campaigns. In fact, there is already some production in northern Germany, Hungary and southern Italy, and, for example, Aldi Germany, to which we supply green asparagus, has stopped buying from us for the northern area." 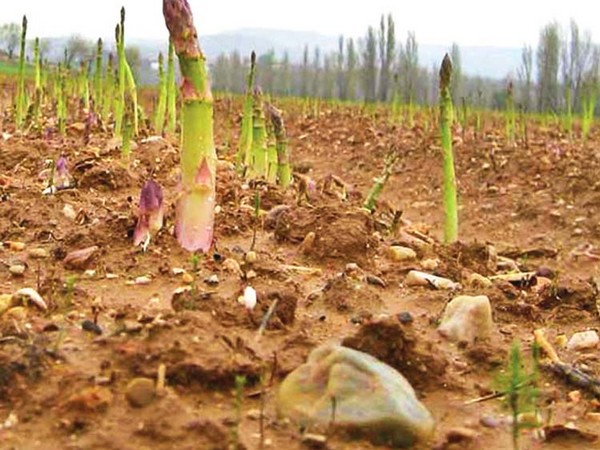 "Everything is related to the weather. In those places, they have had good temperatures, and this has allowed them to have production already. What wasn't normal was for us to have frosts in this atypical year we have had. And we haven't been the only ones affected. White asparagus, although in a different market niche than that of green asparagus, has also been affected by the cold in Spain, in areas such as Valladolid, Navarre and even Segovia and Guadalajara."

"The arrival of the European production has already had an impact on prices, which have fallen in recent weeks," says Javier Trujillo. "It is true that prices have been quite good so far, but they won't suffice to make up for the great volume shortages. Even more so in a campaign in which all inputs, from transport to cardboard, electricity or labels, have become considerably more expensive than in previous campaigns."

The Andalusian cooperative society Cosafra, based in the town of Huétor Tájar, in Granada, was founded in 1960. It currently has about 2,500 hectares devoted to the cultivation of this vegetable. It produces about 2 million kilos during the spring campaign, which runs from March to June, and 100,000 more in the autumn campaign, which takes place between September and October.

"We market our asparagus mainly in Germany, Switzerland, France, Italy, Denmark and also in Portugal. This year, we are seeing that Portugal has been consuming more green asparagus, especially in the months of March and April," says Javier. "We are not seeing much movement in the domestic market this year. We don't know why, but the product has not yet taken off." 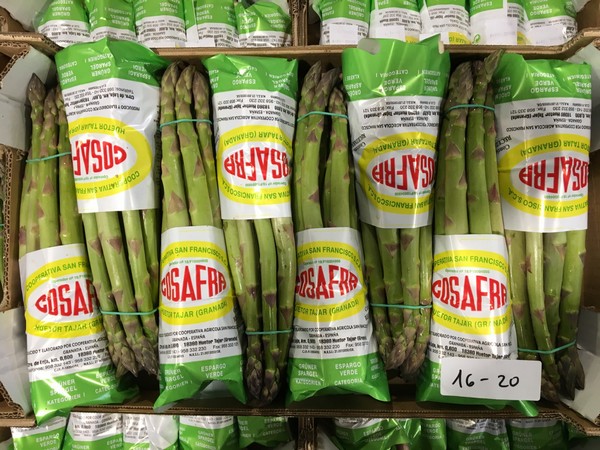 However, despite the challenges this season, the green asparagus sector remains very powerful in Granada, a province where 80% of Spain's green asparagus production is harvested (Spain is the fifth largest producer of asparagus globally), "and in the sector we continue to bet very strongly on it," says Javier Trujillo.

"Next year, at Cosafra, we plan to undertake new investments to modify the facilities and adapt them to IFS standards. This certification will be added to those we already have: GlobalG.A.P. and GRASP. In addition to the new standards, we plan to start up a new line which will create new jobs, which in our cooperative are taken mostly by women from our area."

"Granada is also home to the Spanish Green Asparagus Interprofessional Organization, of which I am a member," says Javier Trujillo, eighth president of Cosafra since its foundation. "We are carrying out various campaigns to promote the consumption of green asparagus in Europe, including the Cute4you campaign 'If Europe wins, we all win', or the Long Life Challenge in which Europe's most outstanding sportsmen and women promoted the consumption of fruit and vegetables, and in which Ona Carbonell specifically promoted green asparagus."