"Due to the persistent rains, lemons are reaching giant sizes"

The Fino lemon season is practically over, driven by good prices in recent weeks due to the lower supply of fruit. At the same time, the first Verna lemons are starting to be sold, and their volumes are expected to be reduced by more than 40%, according to Ailimpo. Moreover, their sizes are excessively large due to the influence of the rains. 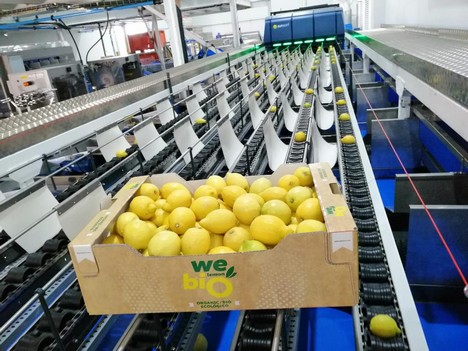 "The volumes harvested were already expected to be reduced due to bad weather during the fruit setting period. In our case, it has been reduced by about 30%. Given the lower fruit load on the trees and the fact that it has rained very often in March and April, the lemons have grown much more than usual and reached gigantic sizes," says Enrique Fuentes, commercial director of the Murcian company Hijos de Alberto del Cerro.

"Normally, the markets demand sizes 3, 4 and 5 and this year there is an abundance of sizes 1, 2 and 3. Therefore, medium and small-sized lemons are highly appreciated," he says. "It is not being easy to convince buyers that there is a shortage and that lemons of more commercial sizes have higher starting prices for that reason. It will be more difficult to sell the larger sizes, as few markets are interested in them."

"Also, we are not alone, as South African and Argentinian lemons are already starting to arrive, still in small quantities, although with good productions and sizes. In 2 or 3 weeks there will already be significant volumes from Argentina and South Africa in the European markets," says Enrique Fuentes.

"It is worth recalling that South Africa has gained ground in Europe, as they used to be more focused on Asia and the Middle East. These are quality lemons, on a par with the Spanish production when the latter is at its best. Argentina has also gained ground in the United States, but still sees Europe as an attractive market." 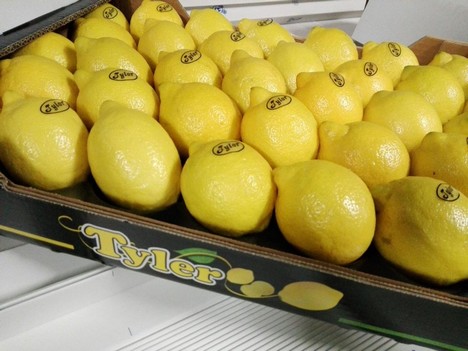 According to the commercial director of this company, competition with Turkey's Primofiori lemons has been strongest in Eastern and Central European countries. "Turkish exporters have diverted goods intended for Ukraine and Russia to other EU countries, looking for payment security. Even though our production has been lower, increased competition and price pressure have taken a toll."

"The switch from plastic to compostable materials has been quite a challenge"
Hijos de Alberto del Cerro allocates more than 80% of its sales to European markets. In the last year, they have invested in converting part of the packaging lines in order to stop using plastic in markets such as France, where a ban on plastic packaging for fruit and vegetables has been imposed from 2022.

"We can now pack our fruit in the same formats as we used to, but with fully compostable materials, such as cotton and cellulose. Replacing plastic with these materials has been a challenge, taking also into account they are more expensive and that their supply has been severely limited since the start of the war in Ukraine. We anticipate that other countries, such as Germany and Austria, will follow in France's footsteps in eliminating plastic. For the time being, we are seeing interest in these materials for orders of organic, Zero Waste or untreated post-harvest lemons in different countries."