Europe recovers from last year's frost and will reach 514,561 tons

According to the 2022 European apricot harvest forecasts presented today in the framework of the MEDFEL fair in France, Catalonia and Aragon will produce 2,970 and 2,988 tons of apricot this season, i.e. 67% and 85% less than in the 2021 season, respectively. However, it's worth noting that the effects of the last frost in these areas have not been taken into account in the calculations and some plots have been 100% affected by them.

The frosts have hit Europe in March, in Greece and Italy, and in early April, in France and Spain. However, the overall effects of the frosts have been less devastating than last year, when the apricot harvest was historically on the downside. Spain, which in 2021 was less affected than other European countries, has been the most affected this year. 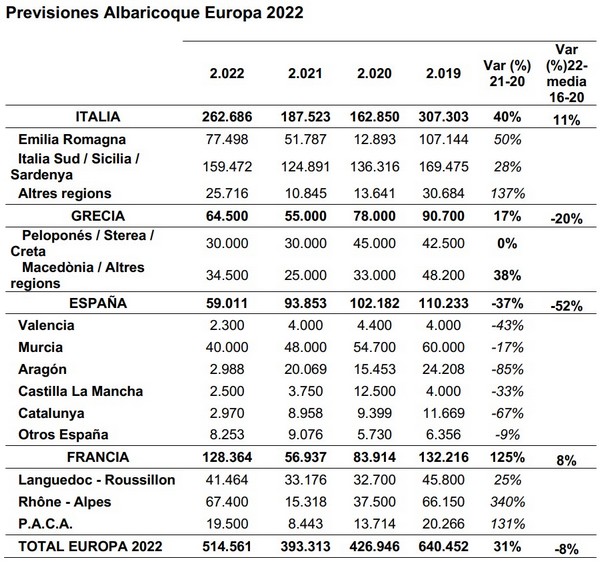