"Logistical problems with ocean freight are pervasive at the moment"

In week 16, Cobana & Co. received the first batches of Royal Gala apples from New Zealand. For many years, the Hamburg-based fruit importer has been a specialist in apples from overseas, importing tons of pome fruit from New Zealand, Chile, Argentina and South Africa every year between April and October and distributing them both in Germany and neighboring countries. However, due to the complicated freight situation, a challenging season lies ahead, product specialist Patrick Sperl knows. 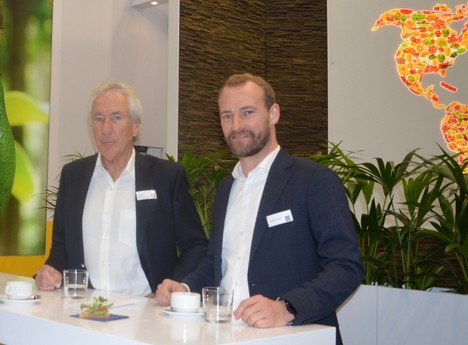 "The logistical problems on the part of sea freight are omnipresent at the moment," says Sperl. At the Port of Shanghai, a fixed logistics hub for ocean freight from Oceania to Europe, there are about 500 ships that cannot be unloaded, according to authorities. "To make matters worse, there are problems and associated delays at the port of Rotterdam, which also result in significantly longer transit times. Another factor is that the packing houses at origin cannot operate at full strength. So until the start of the actual peak season in week 18-19, we have to expect shortages."

According to Sperl, the general conditions on the European market are also not optimal for marketing overseas pome fruit. "People still have quite high residual stocks from old, domestic harvests, which is why imported fruit cannot really enter a cleared market. Furthermore, New Zealand exporters are increasingly focusing on the Asian market because quotations there tend to be more attractive." 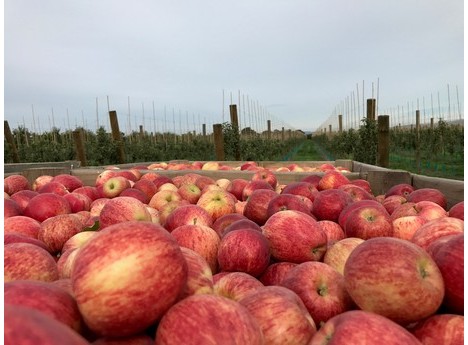 In terms of the freight situation, the price level is expected to be above last year's level. However, it is difficult to assess how the price structure will develop during the campaign.

Stable import volumes
Although Cobana Ltd & Co has specialized in doing business with New Zealand over the years. Batches of fruit are also imported from Chile, Argentina and South Africa. Sperl: "We expect the first Pink Lady from Chile in week 21/22, after which the supply from the southern hemisphere will definitely start rolling in. Larger volumes of Royal Gala and Braeburn from New Zealand are also expected to hit the market by then." The last shipments to Pink Lady by mid-to-late October traditionally bring the overseas campaign to a close.

Despite the climate debate and a strong shift toward regionality at the POS, the total volume of apples from overseas has been relatively stable in recent years, Sperl continues. Within the southern hemisphere, however, there have been slight shifts. "Chile, for example, has by far the largest market share for Pink Lady, while Braeburn is hardly replanted in New Zealand. South Africa, on the other hand, has become an interesting supplier due to its geographical proximity to the European sales market and correspondingly shorter transit times."