Intercitrus urges Brussels to enforce the application of cold treatment

The application of cold treatment in transit for oranges from countries that have reported the presence of the codling moth, which primarily affects South Africa and Zimbabwe, was backed by the Standing Committee on Plants, Animals, Food and Feed (SCoPAFF) on February 1. The consultation period to present arguments in the EU ended on March 10 and the exposure period at the World Trade Organization ended on April 11. Intercitrus also received a written statement from the Commissioner for Health and Food Safety, Stella Kyriakides, promising its implementation "before the start of the new marketing season". And according to South Africa's own statistics, that will happen in week 18 of this year.

Intercitrus is therefore urging the EU executive to present the regulation in the next few days - 2-3 weeks at the most - to ensure a speedy approval by the Member States. 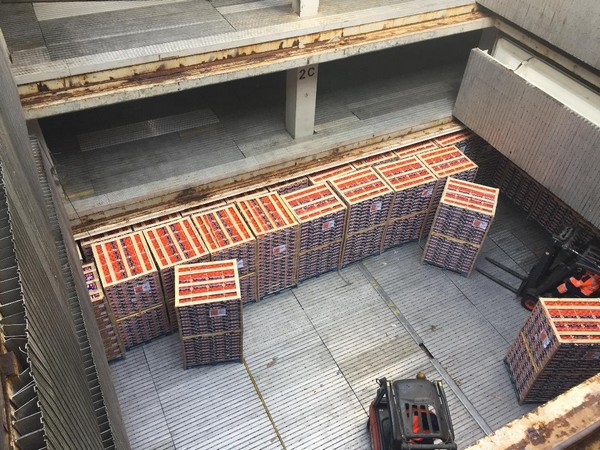 South Africa is also suffering the impact of another pest whose prevention, just like in the case of the Thaumatotibia leucotreta (coddling moth), is considered a priority by EU regulations. In fact, it is in the top 20 list of pathogens because of its greater "economic, social and environmental" impact. We are talking about the Bactrocera dorsalis or oriental fruit fly. The cold treatment that is pending implementation would be effective in eliminating the larvae of both.

If this treatment were not applied, the threat of introducing two high-risk pathogens would be unacceptable. The EFSA already warned last summer that the 'systems approach' applied by South Africa was ineffective and, by way of facts, the presence of both pests on European territory has already been confirmed on several occasions. The coddling moth has now an established presence in Israel. In 2018, it was identified in a greenhouse in Saxony, Germany, and in 2009 and 2013 its presence was detected in the Netherlands. Even more concerning was the detection of the oriental fruit fly in Italy in 2018 and last summer in France, as it was found in areas that are more suitable for its reproduction.

The cold treatment approved by the Commission - 16 days at between 0 and -1 degrees - is not the one demanded by Intercitrus, which wanted the one applied by the US for this same pest, which is 22 days at -0.55 degrees. It is basically a similar treatment to that required by APHIS-USDA, a system that allowed South Africa to have 23 years of uninterrupted citrus exports to the US without any incidence of either T. leucotreta or B. dorsalis.

Intercitrus considers that the best option, even for South Africa, is for the EU to approve the implementation of cold treatment now. If this does not happen and its application is delayed, a succession of new interceptions would lead the Commission to suspend imports from this country.