Undeniably, the situation for oranges is difficult this season. This citrus fruit, which is a hallmark of the Region of Valencia, has been the source of income of agricultural producers for decades (and even centuries) and shaped the Valencian landscape with its traditional smallholding orchards, but it is currently facing major problems. Intense competition (also deemed unfair) from other countries, the entry of investment funds in the sector or the rise in production costs are the reasons of a drop in profitability that is threatening the activity's very continuity and is already causing the abandonment of fields in the region.

However, oranges have brought Spain to the top of the ranking of exporters, not only in the European continent, but also in the world, and, given how important the activity is for the country, Laura Vargas, of the cooperative La Vall de la Casella, says that it deserves the implementation of state promotional campaigns. 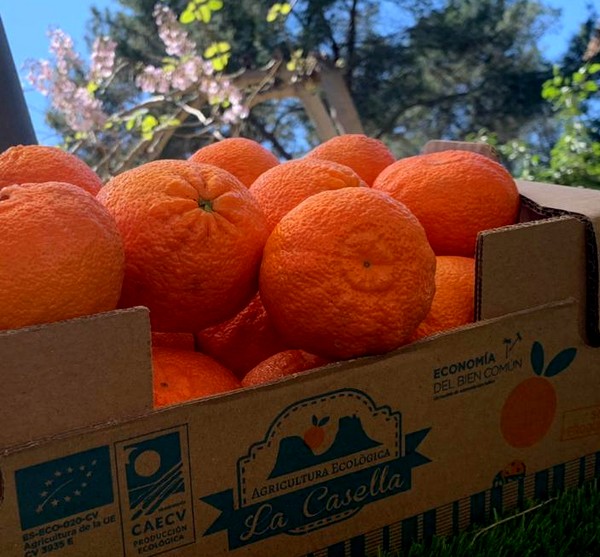 "La Vall de La Casella is an organic cooperative; but not because of trends, but because we are convinced it's the right thing. For us, more than a line of business, it is a way of life; it is our way to achieve a sustainable society, a healthy ecosystem, and to be able to leave a fertile land behind for our children and grandchildren. In fact, we are carrying out projects to ensure society appreciates what the land has to offer."

"For years, we have been providing healthy breakfasts to schools in our area," says the commercial manager of the Alzira-based cooperative. "We believe that we have to encourage people to eat fruit, not just as a complement, and to promote healthy lifestyles. And that has to be done from a very young age, because, after all, we are what we eat."

"We are also part of the Association of Smallholding Organic Citrus Producers of the Júcar River Bank, and we focus our efforts on defending smallholding and rewarding the work of small producers who truly care for their trees. Even though there is a growing number of large estates and companies owning large amounts of land, we believe that small producers must be able to continue subsisting and maintaining their activity, and to achieve this, it is necessary that they receive correct prices for their fruit." 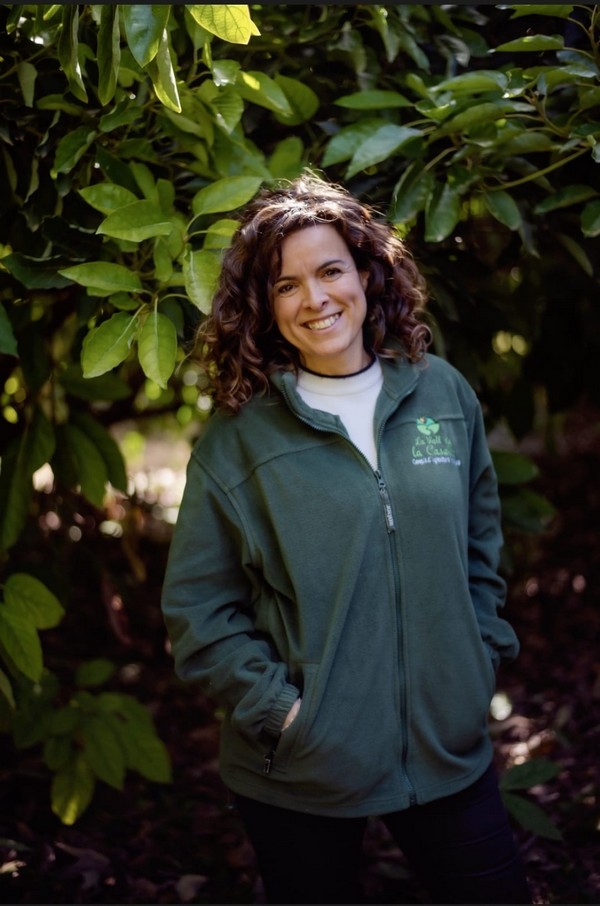 "I'm talking about organic fruit, which is what we work with, but the same applies to the conventional. This season I have seen prices as low as 5 cents per kilo. I'm sure we all understand that this is absolutely unsustainable."

"For us, La Vall de la Casella is much more than a cooperative: it is a means that is allowing us to do many things we believe in. But we are just a small contributor in a very large sector and we would need proper institutional promotion."

"As I told Valencian president Ximo Puig at Fruit Logistica in Berlin, it is all very well for aid to be approved so that producers can grow oranges, but if we can't sell them, we are lost. And this promotional work relies on the institutions," says Laura.

"It is unacceptable that we have the largest and best citrus supply on the continent and that, in some countries, it is considered second-rate because it does not have a brand supporting it and adding value to it. Canary bananas have been promoted properly for years and, as a result, we have all become familiar with the fruit, and the brand is almost an entity in itself. Spanish and Valencian oranges should also be promoted in a way that allows them to stand out in the same way."

"The PGI Citrus of Valencia has already taken a big step in terms of promotion, but there is still a lot to be done, and that requires further investment. It's absurd that government representatives had to taste 'alleged' Valencian oranges at a private stand in Berlin in one of the largest fruit and vegetable fairs in Europe."

"The orange sector still has a lot of potential. We have a wonderful product and we must look after our producers. A new generation is coming behind them, and if they cannot continue making a living from agriculture, they will abandon it. We can't let that happen, and it all depends on us right now," said Laura Vargas.