Israeli exporters are still able to send some produce to Russia and Ukraine, but they face severe logistical difficulties and they are not sure if they will be paid. Russia is a major market for Israeli exports but like the rest of the world, they are desperately searching for alternative markets for produce such as citrus, avocados and carrots. 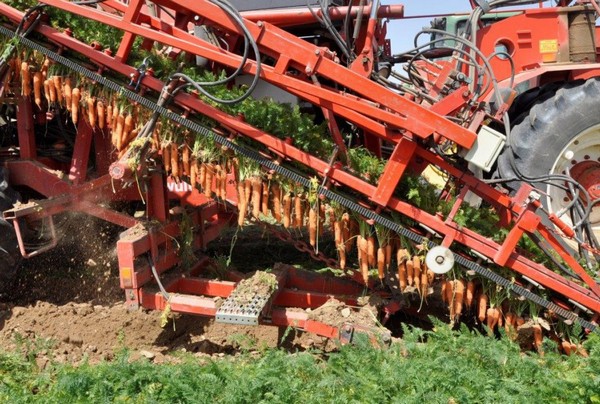 Michael Amar, Marketing Director of Kibbutz Alumim, says: “It is legal to send food and medicine to those countries because people must eat, so you can sell and receive payment for the produce. But, because Russia is so problematic, we have begun shipping carrots to other destinations. Ordinarily, we would send produce to Russia on two to three ships per week, now there is only one. We still send produce to Ukraine, but not the same volume as before. We are looking at alternative markets such as England, Poland and other countries in the region.

“Until now our target markets included the USA, Europe, the UK, Poland and Ireland, but the highest volume went to Russia. This week, no ship destined for Russia docked here so we could not send any produce and we do not know when the next ship will arrive. Payment is another major problem because both Oligarch and Government owned banks are forbidden to transfer money through the Swift system. Payments must be sent through the few banks still permitted to function. Everything has become more difficult, export volumes are down but we can continue,” explained Amar.

Another exporter, who wishes to remain anonymous, said: “Ukraine’s port at Odessa is closed but we are still able to export a range of produce to Russia, including fruit, vegetables, citrus, avocados and carrots. We also have major logistical problems, but as long it is still possible we will continue exporting to Russia. Of course the sharp rise in shipping costs means that prices for the produce in Russia are also rising.”

The head of another Israel based exporting company commented that while they are able to continue exporting to Russia, the market is not stable. “Officially it is not forbidden to export to Russia. We export mainly celery, carrots and peppers to retail chains there. Instability in the region has created financial risks. We are able to get our money, but it is not fully insured because the insurance companies are not supporting trade with Russia.

“The market is now only able to take about 50% of the volume planned originally. Logistics are also problematic, because not all the ports are fully operational. Some shipping lines have reduced frequency to Russian ports and there is no regular scheduling. Financial problems include the rapid depreciation of the Russian Ruble when the war began, but it has recovered somewhat recently. Our prices are in USD, so the retail price for our produce in Russia went up and consequently, demand dropped by 50%. Exports are continuing but both timing and quantities are irregular and unpredictable. No one really knows what will happen from one day to the next.

“There is still demand in Russia and they are willing to accept produce, which for some reason cannot be sold in other markets. Sometimes it is better to sell even though there are many restrictions. The entire situation is complicated and not at all healthy. We do have alternative markets for our other products, but if we can’t sell our carrots and peppers, our only choice will be to trash them,” concluded the exporter.