The Spanish citrus sector could be negatively affected in three ways by the war in Ukraine. "On the one hand, the sanctions on Putin's regime and the war situation in the Black Sea have made exporting fruit and vegetables to Russia more difficult, so the supply from competing countries, such as Egypt, Morocco or Turkey, could be redirected to the EU, pushing prices down.

On the other hand, the crisis has accelerated the growth of all production costs; a trend that had already been observed before the conflict started. Lastly, in view of the cereal shortage that the situation has caused, more and more voices in the Member States (starting with the Spanish Government) are advocating a quick ratification of the EU treaty with Mercosur. Those who advocate such a move intend to facilitate the mass importation of grain from Argentina and Brazil." 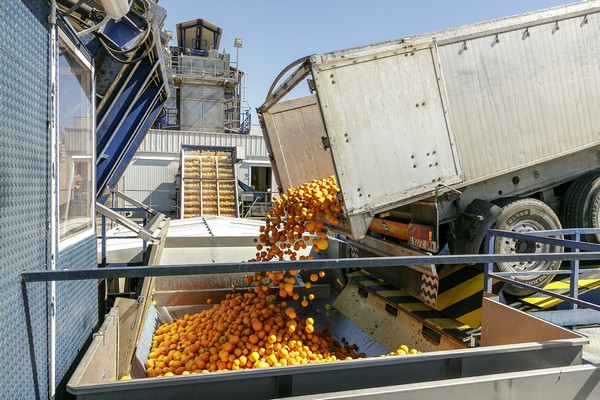 The Citrus Management Committee (CGC), on the other hand, rejects this alternative and, moreover, considers it a "trap". Its president, Inmaculada Sanfeliu, warned that doing so "would only be beneficial for large agribusiness corporations and would serve to reward Brazil, which is dismantling its environmental policy."

The CGC claims that "the treaty with Mercosur will also have a great impact on Spanish citriculture. Although Brazil produces and exports mostly orange juice from concentrate, it has also developed the production of 100% squeezed juice, which is of higher quality and more appreciated by the consumer."

"Spain produces NFC juice that is mostly intended for Europe, which consumes about 250,000-300,000 MT of juice of Spanish origin and 750,000-850,000 MT from Brazil. The low production and shipping costs allow Brazilian processors to offer the 100% squeezed juice at a very cheap price and shipped to Rotterdam or Ghent, despite the fact that it is currently subject to a 12.2% tariff. Brazil is the leading juice supplier both in terms of volume and price, and the markets do not accept Spanish juice at prices above the Brazilian."

The CGC highlighted what an incongruity it would be for the EU to ignore the environmental requirements and accept this treaty while maintaining the so-called Green Pact in Europe; a macro project which, among other objectives, aims for a 50% reduction in the use of phytosanitary products and fertilizers by 2030. It is worth recalling that the European Parliament itself, in a resolution of September 16, 2020, demanded that all trade agreements signed by the EU must include clear guarantees to combat deforestation.

"Meanwhile, in the Brazilian Congress, several legislative initiatives seek to make the regularization of illegally occupied lands more flexible, which could result in a greater devastation of the largest rainforest on the planet and encourage more illegal occupations and deforestation on federal lands."