Stijn Verreet, Interni Film’s Sales Manager: ‟Our thin mono film puts us on the right side of the plastic packaging industry″

‟We thought the increased flow pack foil demand was temporary, due to the pandemic, but it’s stayed consistent″

You can find packaging in all shapes, sizes, and materials in the fruit and vegetable aisle: paper, cardboard, plastic, rPET, trays, shakers, clamshells, top seal, and flow packs. The latter, says Stijn Verreet of Interni Film, has been in greater demand since the global pandemic. That prompted this Belgian company - that supplies plastic film to the fruit and vegetable sector - to purchase a fifth flow pack film slicing machine. 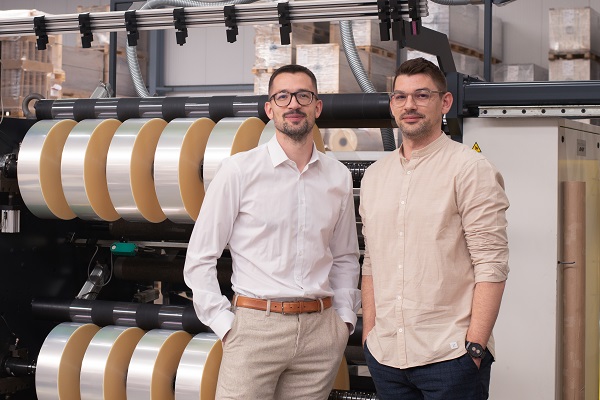 Willy Verreet founded Interni Film, a family business, 29 years ago. He has now retired. His two sons have taken over, Stijn as purchasing and sales director and Steven as production director. This handling company supplies packaging material to other food and non-food sectors, too. But it focuses on the fruit and vegetable sector.

Demand remains high
"We don't produce BOPP flow pack film,″ says Stijn. "There's no such producer in the Benelux. We buy large rolls of it and convert that into small rolls. We can have the film flexibly printed by various subcontracted printing firms. After which, we can laser or hot needle perforate it, depending on the vegetables to be packaged. Increased demand for the anti-mist film used in flow packs means we recently invested in a fifth production line. We thought the rise in demand would be temporary because of the pandemic, but it's remained consistent."

"Flow packs aren't much different now than ten years ago. But, because of hygiene concerns and its ease of use, consumers are clearly having a second look at this solution. It's typically used to package pre-cut vegetables and salads. In neighboring countries, too, where this type of convenience product was less common, it's now becoming increasingly popular. In the Netherlands and Belgium, every supermarket carries a wide range of processed vegetables and salads. But stores in other countries are also starting to diversify their range,″ Stijn explains.

BOPP film
Interni Film's machines can process other types of film too, but the company has always focused primarily on BOPP foil (biaxially oriented polypropylene) for flow packs. "There's good demand for it, and we can process large volumes. Europe wants to get rid of plastic and focus more on paper. But, for pre-cut vegetables, that's not so easy." 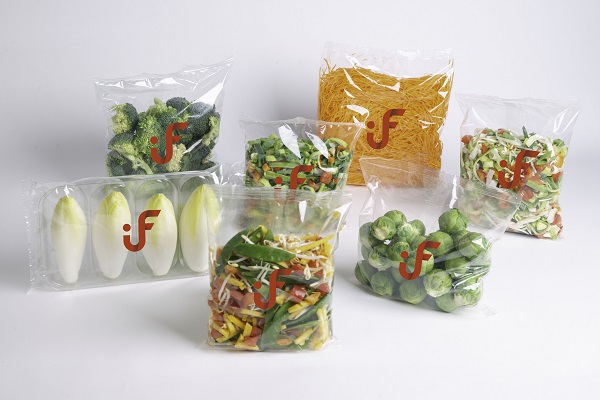 "Some make paper laminate, which is film plus paper, but this further complicates the recycling process. The BOPP film we work with is a mono-material made of polypropylene, a rather thin material. Most of the film we supply is 30 microns thick, while laminate structures often have a thickness of 50-60 microns," says Stijn.

Recycled plastic is the future
He is convinced that improved sorting and recycling can gain the most environmental ground in the medium term. "With a mono-film, we're, thus, on the right side of the plastic packaging industry. It's hard to say what else will happen in the long term. But our machines can handle many types of materials, so I don't think our company's usefulness will be in question."

"We've also been offering a biofoil for a decade, but it never really caught on. We follow all the trends. Still, I think recycled plastic is the way forward; it's hard to imagine a market without any plastic packaging. There aren't any obvious alternatives, neither price nor availability-wise. The recycling sector just has to specialize and scale up,″ Stijn continues.

Laser perforation for stir-fry mixes
Regarding sustainability, the company is not only relatively comfortable using mono materials but also using laser perforation methods. "Adding holes to the packaging films extends many vegetables' shelf life. And a longer shelf life means less food waste, both at supermarkets and in shoppers' homes. Plastic film in itself will always generate greater demand for increased sustainability. But consumers prefer to have their vegetables protected, and with laser perforation, we add to products' durability."

"This method doesn't directly increase mixed salads or iceberg lettuce's storability. But it does in items like stir-fry and soup vegetable mixes, chicory, and Brussels sprouts. And the size and number of holes in the packaging determine the item's shelf life. Laser technology is very precise, and our machines use cameras to measure the holes. Supermarkets that didn't carry laser-perforated flow packs switched because they saw their competitors could deliver longer-lasting products,″ says the sales director.

Extensive stock
The sea container logistics issues and increased demand for, and shortage of, raw materials have brought about lengthier delivery times. Stijn says this is the company's biggest challenge, along with the rising energy, materials, and wages costs. "Those challenges used to be the exception."

"Now, our company must, at all times, be resilient and ready to respond flexibly to changing market conditions on the supply and demand sides. For example, we've increased our materials' stocks, and we coordinate well with customers about exactly what they need and when they want it delivered.″

A family business means short lines
"As a family business, we're well-armed against the challenges the present market circumstances are throwing at us. We have short lines of communication and can switch quickly to clients. We answer buyer questions directly because we don't have to first submit those to upper management or discuss the matter with, say, a sister company. We decide quickly and deliver quality and good service in that which we specialize,″ Stijn concludes.

Its new machine means Interni Film goes from four to five production lines; an increase of about 25%. Stijn explains that the investment will also free up much more space on the laser perforation machine, which had been running a lot of non-laser orders as well. The company focuses on the Belgian and Dutch markets, with Hans Berk as the Netherlands' dedicated sales representative. Interni Film is also active in the French and German markets.