A new chairman for the NEPG

After 20 months of service as first elected chairman of the NEPG, the Dutchman Jaap Botma from Friesland stopped as scheduled. Jaap was an arable farmer (seed potatoes, sugar beets, onions, cereals etc.) for 28 years.

In July 2020, Jaap Botma of the VTA (Verenigde Telers Akkerbouw, association of Dutch arable farmers) became the first elected chairman of the NEPG. The idea of having a potato farmer as chairman was to give a face to the NEPG. Jaap’s presidency was done under difficult conditions, i.e. the Covid-19 pandemic, which rendered working conditions difficult, most things having to be done virtually instead of physically. Nevertheless, he did a great job and the NEPG thanks him! 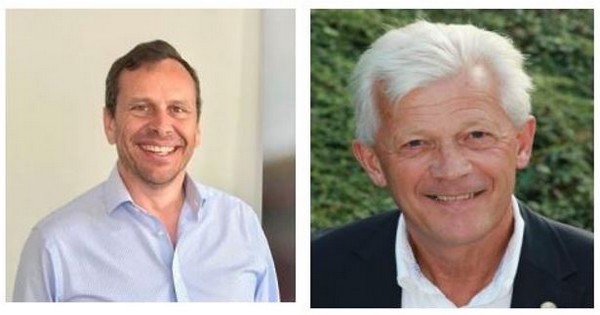 During its last meeting in Gembloux, Jaap was replaced by Frenchman Geoffroy d’Evry, also elected for a period of 2 years. Geoffroy d’Evry is an arable farmer north of Paris and produces potatoes for the starch, crisping and chipping industry, as well as sugar beets, wheat, rapeseed and flax.

Geoffroy is the president of the UNPT (Union Nationale des Producteurs de Pommes de Terre (National union of French potato growers)) and is delegate in the CESPU (Committee of the European Starch Potato Processors' unions). He also has a seat on the Tereos board (a group of cooperative unions which processes sugar, alcohol and starch).