Members of the Association of European Banana Producers (APEV) producers from Ecuador, Colombia and Guatemala met this Monday at the Brussels Press Club to issue a joint declaration of the families of banana producers that supply the European market, which includes some proposals aimed at the European Union’s strategy called ‘From farm to table’, part of the European Green Deal. 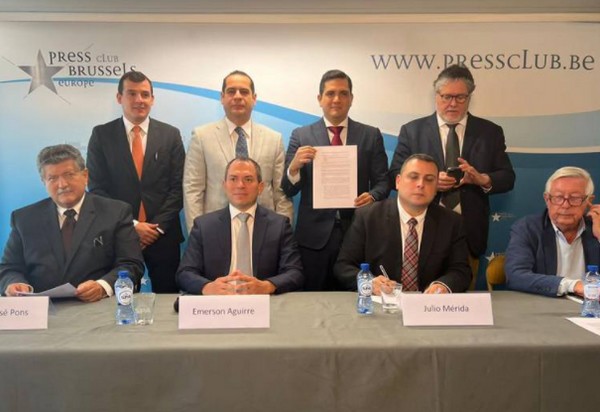 “From farm to table” is a concept that seeks to generate a change in the climate footprint, the global transition towards new opportunities and create a strong food system, highlighting the position of the members of the European Parliament in which it is considered that “the rise in spending on inputs can lead farmers to ruin.”

Sustainability, a concept that Ecuadorian companies need to adopt and not only for competitiveness

According to banana producers, including the Ecuadorian Banana Cluster, compliance with the European Green Deal has generated a change in the agricultural production system with higher costs. However, they add, “geographical, social, legal, economic and even political conditions mean that each of our countries must face the farm-to-table strategy with different proposals.”

This way, the producers promote that within the framework of the concept of shared responsibility, the amount of compensation must establish as a reference the parameters and methodology already used, for example Fair Trade, which recognizes the exogenous impacts and efforts in sustainability of the chain - of production and export - setting a decent price as a base.

“This is why we insist that the trend of low prices must be reversed with the excuse of offering ‘the cheapest fruit on the market’ that has been maintained by the European distribution system and that is not consistent with the policies of demands that they allow us to continue paying the living wage, nor to maintain the green policy, nor the strategy of the farm to the table. These are essential conditions to maintain the sustainability of banana production,” explained the group of producers.

They also urge, within the framework of regional cooperation in the fight against Fusarium R4T and black sigatoka, to European international organizations and commit themselves as countries to form an alliance for the management of international resources to combat these pests through the suppression of molecules that has been a consequence of the green policy with phytosanitary research measures, training and diffusion.

“In addition, they must understand the social, environmental and economic impact that our countries would suffer by not protecting ourselves from these threats,” said the producers, who insist that these investigations be extended to the development of resistant varieties for both pests.

Lastly, the regional group promotes and supports a security agenda against contamination with narcotics from containers, as well as the control of drug trafficking in consumer countries.