On Tuesday 22 March 2022, six FrostFans wind machines were delivered to Masseria Fruttirossi, a southern Italian cultivation company that wants to save its pomegranates from the increasingly frequent night frosts in spring. Immediately after their delivery, a short demonstration of the machines also took place. 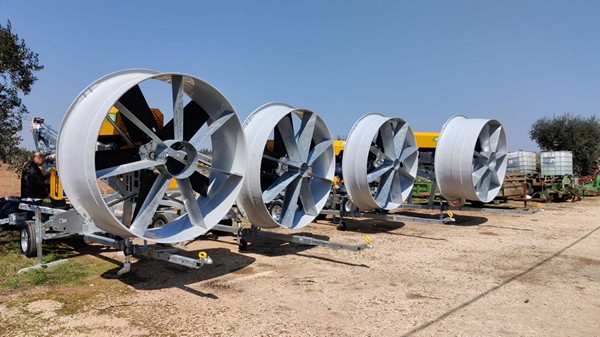 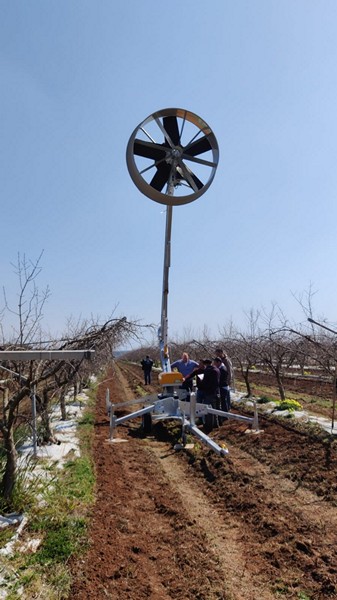 crops. Despite the excellent season, which ended recently, we still felt that loss. To protect our crops, we decided to purchase six mobile FrostFans machines. We can place these in those areas most prone to frost, such as valley fields. The wind machines draw in the warmer air and then mix it with the cold air on the ground. It's an alternative to the classic anti-frost system we still use for growing avocados," said Davide De Lisi, cultivation technician at the Apulia-based company.

The FrostFans wind machines are developed and produced in New Zealand. Masseria Fruttirossi has purchased two models: 250h and 650i. The former can protect an orchard up to 4.5 hectares, the latter up to 7 hectares. 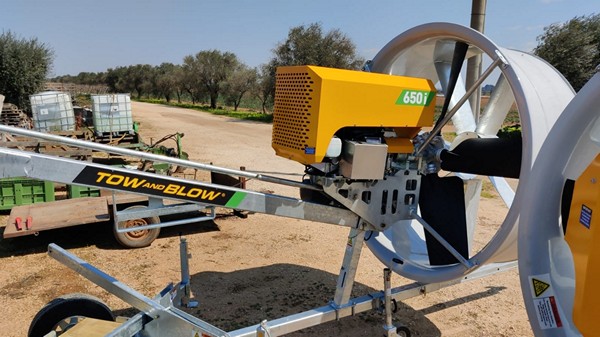 “April is a month we always approach with great apprehension. During this period, in fact, the pomegranate plant reopens its vegetative process; therefore, temperatures close to or even below zero could damage the buds and open flowers. If the temperature drops below a predetermined temperature level, the machines are automatically activated. The same goes for shutdown. It is also possible to control operations remotely, with a smartphone."