New packaging for all Zespri kiwis 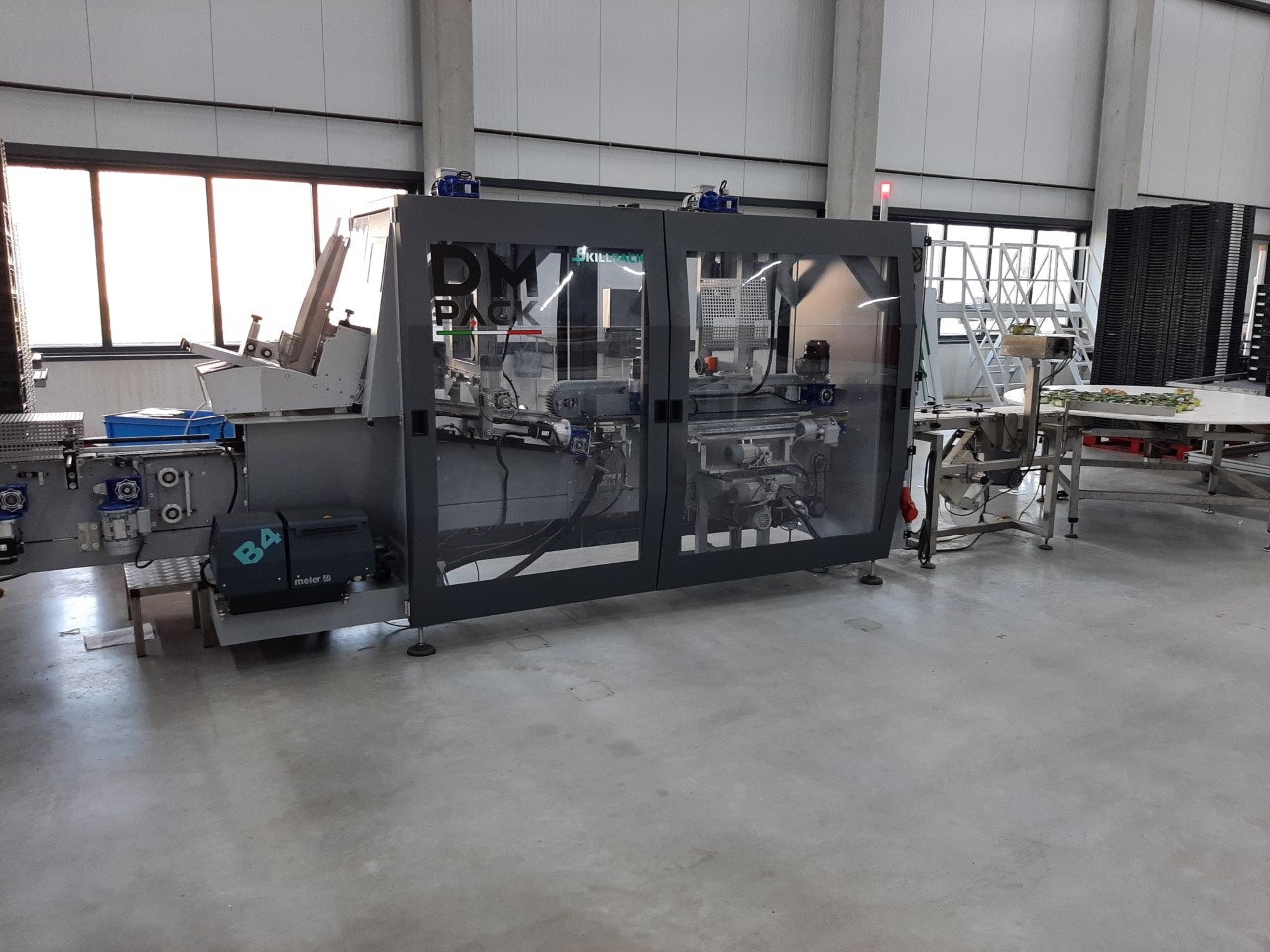 Recyclable, reusable, or compostable
Based on market signals and at Zespri's request, The Greenery began looking into developing new packaging and getting a suitable machine. "Zespri's 2025 goal is that all packaging will be recyclable, reusable, or compostable," says Eline Voigt, account manager Retail Benelux, Zespri. "In Belgium, we started with plastic-free packaging last year already. We're happy to now have this premium packaging in Dutch stores too."

“It's also important to pre-sort now for the new Packaging Act where you can no longer use hybrid packaging," says Susanne Macdonald, RDC project manager, The Greenery. "The new kiwi packaging is made of cardboard: using mono-material makes the packaging more recyclable. This new packaging will soon save 11,000 kg of plastic annually." 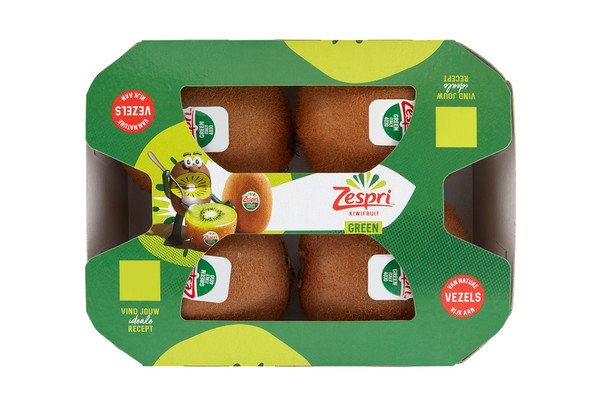 A new machine: a nice challenge
André van Stee, manager at Kleinpak, The Greenery, adds, “Skillpack had already supplied our company with a machine to package tomatoes. We, however, couldn't use that machine as is. Tomatoes are round, kiwis oval. Also, for tomatoes, they use one kind of packaging, where we need five different ones for the kiwis."

"We developed the packaging line further along with Skillpack. The machine presses the lid on the kiwi tray and attaches it to the tray with a drop of glue. So, you can pack large and slightly smaller kiwis in the same tray. The packaging must be adjustable but still fit exactly. This machine can do that, which is pretty special."

“We have a wide kiwi assortment. So, when choosing this machine, its short changeover time between the various packaging sizes was vital, as was the fact that we can keep using the current trays. The machine can process up to 70 packs per minute and is also safe, hygienic, and user-friendly," adds Renske Hartensveld, product marketer, The Greenery. 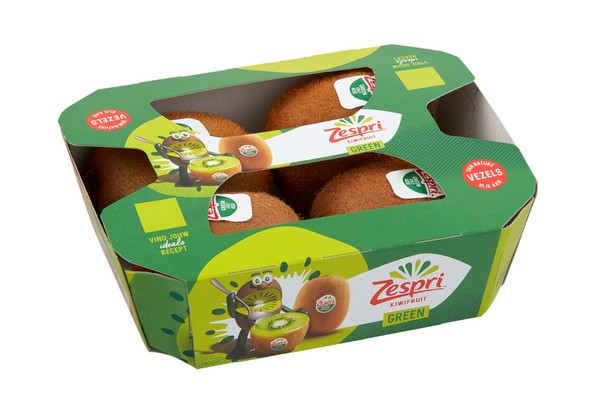 Automatically filling kiwi trays
The Greenery is currently busy developing a filling machine that automatically places the kiwis on the trays. André: "Getting oval kiwis neatly into a tray, at high speed? That's challenging. We're talking to several machine suppliers about this." He is in discussions with a supplier that built a tray-filling machine for round fruit.

"The engineering has just been completed. They've now started building the tray filler. The plan is to have the fully automated, sustainable packaging line operational at the RDC before the New Zealand SunGold season begins (week 17)," Susanne concludes.