At the Coop. Orto Vittoria of Scoglitti (RG), Sicily

The world is going back to the old-style open days, but still keeping all necessary precautions in terms of anti-covid measures. The latter is a constant that will accompany us for some time to come. The seed company TSI Italia is no exception to this trend and has recently hosted an event in Sicily for producers, traders and other stakeholders in the tomato chain. 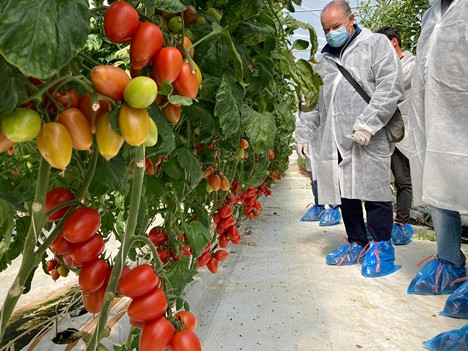 For the day, the focus was on Degustibus, a midi plum recently introduced on the market, which made its debut only last year, but which has already received the appreciation of operators from south and central-northern Italy. 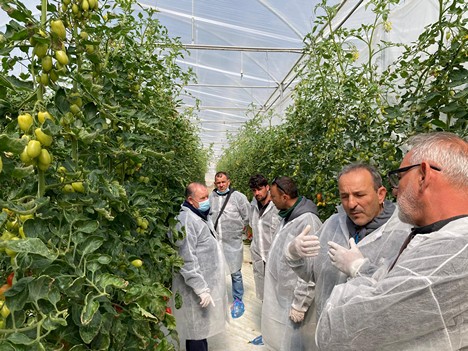 A moment during the Open Day

The greenhouse exhibition was hosted by the company Coop. Orto Vittoria, located near Scoglitti (RG), a seaside town and also the heart of intensive greenhouse horticulture on a European scale. This is where the TSI Italia staff had the opportunity to answer to the many questions raised by the producers, especially regarding the plant variety cultivation and management. 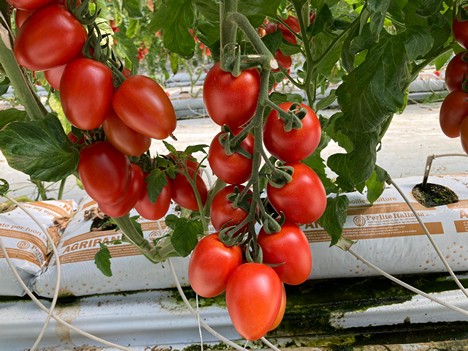 Degustibus is a superior varietal selection, with a superb appearance, characterized by high quality, bright red color, and most of all, a strong taste and unique sweetness. Under normal water salinity conditions, it is easy to obtain significant brix degrees that are well above the average of midi plums currently on the market. 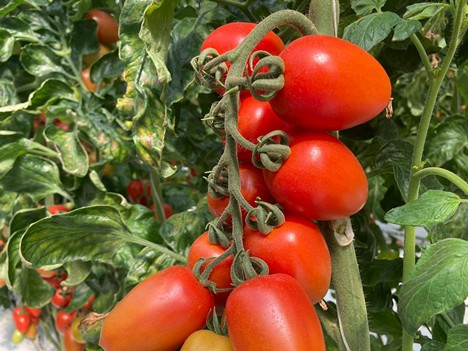 The variety is ideal for transplanting between September and April in Sicily, with the chance to extend its cultivation until July in the center-north of Italy. This flexibility makes it possible for the same variety, with the same characteristics, to be cultivated from North to South, including the islands, thus enabling the entire commercial chain and the large-scale retail sector to supply consumers with the same variety that has the same characteristics of taste and high quality for the entire year at their points of sale. 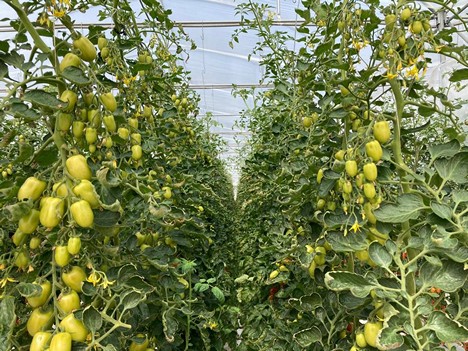 Above: continuity in the upper stakes

In Sicily the product is gaining great interest, as this Open Day testified. Producers from Pachino to Vittoria are busy harvesting. 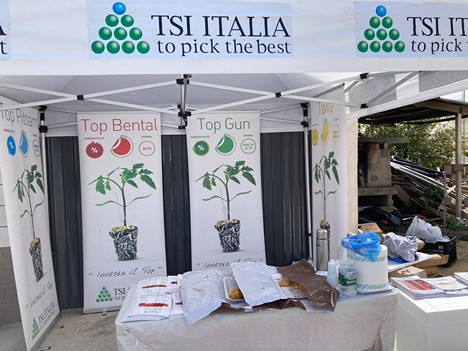 "Degustibus is a very balanced plant, but with a slightly higher vigor than average. For this reason we believe that even in the top stakes the fruit has great consistency and size. Fruits are bright red and very sweet, and we have detected brix degrees from 7.2 / 7.6 from the very first harvested bunches," said TSI Italy managers. 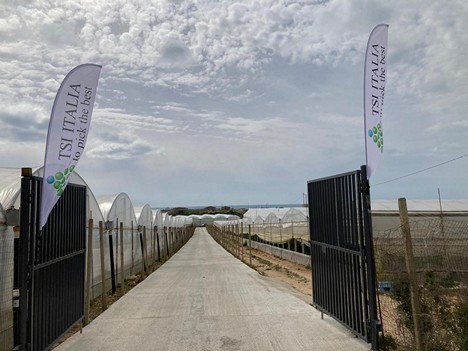 The tree is of easy agronomic management, with short internodes and open leaf habit, of consistent productivity. The size of fruits is constant, from the first stage to the last one, and is characterized by an elegant cluster, compared to competitors. The rachis is generally composed by 8-10 fruits, with an average weight varying from 30-35 grams, even if the versatility of the variety allows to reach slightly higher weights/fruit, if adequately supported by tailored fertilization plans. 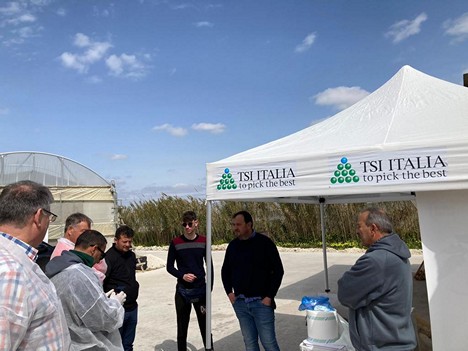 In Sicily, transplants are recommended from September to April, with vertical cultivation. Grafting on Top Gun is advisable for long cycles in September. In the rest of Italy, from January to July, also combined with Top Bental rootstock. It is important to remember to avoid the use of growth regulating substances.