Watermelon and other melon trucks have priority

According to the Myanmar Golden Phoenix News, on the afternoon of March 12, Wu Mindeng, vice chairman of the Muse Rice Trading Exchange, said that the "Golden Triangle" port that had been closed for more than a week was reopened. Wu Mindeng said that the Golden Triangle reopened, and 400 trucks would pass through within 4 to 5 days. Due to the heavy losses for melon trucks carrying watermelon and cantaloupe, they will be given priority, and they must also be tested for the COVID-19 as before.

As the main border crossing for Myanmar-China trade, after reopening on November 22, 2021, during the pandemic, the "Golden Triangle" was closed on March 2, 2022, due to a truck driver contracting the COVID-19. After coordination between China and Myanmar, the Golden Triangle will adopt a Closed Loop Management to solve the congestion of trucks in Area A. 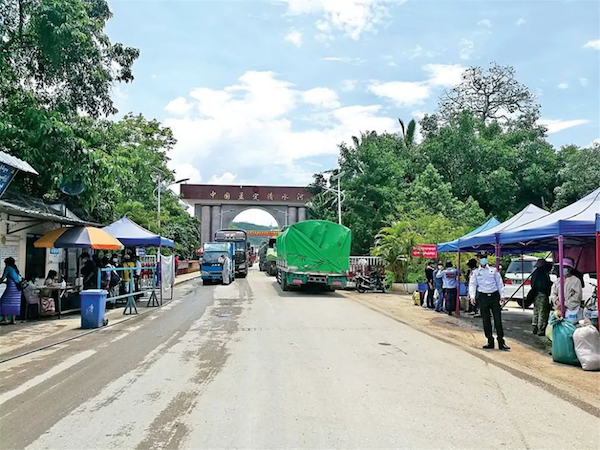 The sugarcane harvest season in Myanmar is from November to April of the following year. Recently, Myanmar's sugarcane export demand has increased significantly. In order to solve the problem of import and export of sugarcane, the Qingshuihe entry-exit border inspection station in Lincang, Yunnan Province, through communication and coordination, finally determined the work plan of separation of people and goods, sectional transportation, and closed management, and opened a “green channel” for sugarcane transportation vehicles at the port. At present, 37,000 tons of sugarcane have been cleared through customs.

It is understood that at present, there are 18 kinds of sugarcane grown in Myanmar. Since the 2022 grinding season, 3,831 sugarcane transport vehicles have entered the Qingshuihe border inspection station in Yunnan, and 37,400 tons of sugarcane have been successfully cleared.