An Australian capsicum grower says demand is slowly growing for the orange capsicum variety, as more and more consumers try the unique colour.

Family run, Braham Produce, in the South Australian town of Virginia, has been growing the vegetable for around 15 years, and owner Andrew Braham says orange capsicums are still a very minimal and specialised market.

"Not too many people are growing the orange variety, we started growing a little bit, and now do around 2,000 sqm in protected growing environment," he said. "You have to be careful how much you grow because it is a very limited market. Out of all our capsicum production, only around 6-7 per cent is orange. (Demand) will grow slowly, it's a slow market and a lot of that has to do with the price. The seedlings are three times the cost of a red or green, and don't yield as much." 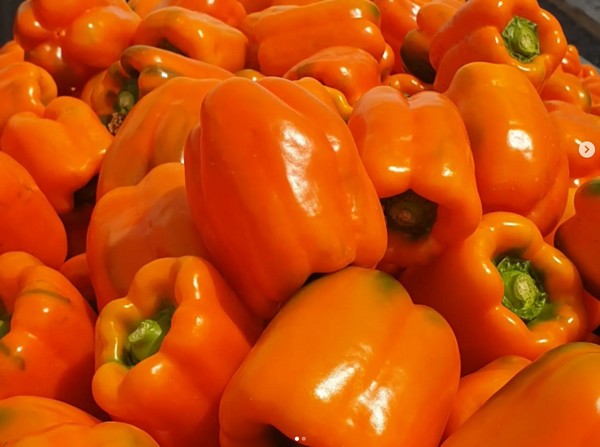 Andrew runs the business with his wife Zurriyet, which they started 20 years ago, growing cucumbers and tomatoes.

"Then we went into capsicums and specialised in Bell Capsicums, which is the round type," he said. "We have been supplying shops and Woolworths with try colour packs that include red, green and yellow. Most of the people here in South Australia grow the longer capsicums, or the Lamuyo, so we decided to specialise in bell peppers and we have built a really good market for that. We find that they are thicker skinned and last longer, they are a lot more work but they are good." 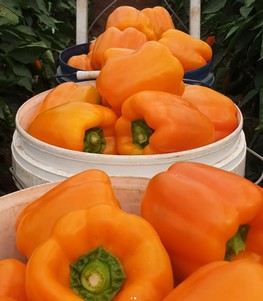 The orange capsicum season runs from December to July, and so far, this season has been a good one, despite minor challenges with the unusual weather patterns and humidity. While he added that they are harder to grow than the other colours, Mr Braham added that he believes that orange capsicums are the sweetest out of all of the varieties.

"It is really sweet and really nice," he said. "They are meant to be good for your eyes, and they have a lot of Vitamin C. They also look nice, presentable and they add a nice colour to your salads - really picturesque. But they are harder to grow, and they yield less than the normal red or green. Hence why they are a bit more expensive. There is also a lot more crop maintenance with it, so it costs more to grow. To grow the same capsicum, it's a third more in costs than a red."

Mr Braham also says that consumers are often pleasantly surprised when they taste it for the first time.

"A lot of people are scared because they think it is quite bitter," he explained. "But when you give it to them, and they try it, they go 'wow, this is nice'. A lot of it is education. People need to be shown and given a taste test because it makes it all different. The early perception is that it is bitter because of the colour, but I think it is the sweetest of the lot."