Pepper grower shines spotlight on its varieties at SEPC

Bailey Farms, a grower-shipper of specialty peppers, highlights its unique varieties at Southeast Produce Council’s Southern Exposure this week. The company is putting emphasis on its deliciously sweet BellaFina® peppers, Hotties® line and the success of its farm expansion in Florida.

Its proprietary sweet and crunchy BellaFina variety is 1/3 the size of a full-size bell pepper, making them the perfect proportion for the ‘one serving’ consumers. In addition, their petite size offers versatility for recipe inspiration and is ideal for the price-conscious consumer. 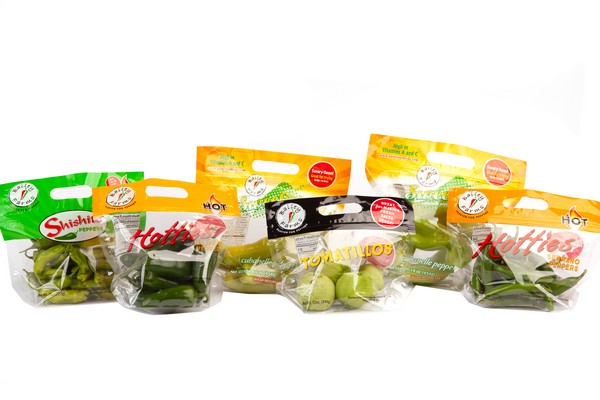 At SEPC, Bailey Farms is putting emphasis on its BellaFina peppers, Hotties line and the success of its farm expansion in Florida.

The company will also put the heat on its Hotties line, consisting of 10 high-flavor varieties, available year-round. Bailey Farms’ Jalapenos have risen to the top of the category in recent years, which can be correlated to the rising global influenced culinary trends with consumers.

“We look forward to showcasing our BellaFina’s, Hotties and more at the upcoming SEPC show,” says Randy Bailey, president of Bailey Farms. “With our increased production and expanded facility in Florida, we can better serve our customers and provide a fresher product for the end consumer.”

Sustainability and food safety was top of mind with the company’s new Estero, FL farm. As a result, the entire production has been converted to state-of-the-art computerized irrigation and automation systems, saving significant amounts of water and fuel.

Looking for more information on Bailey Farms? Stop by booth #615 at the SEPC Southern Exposure.