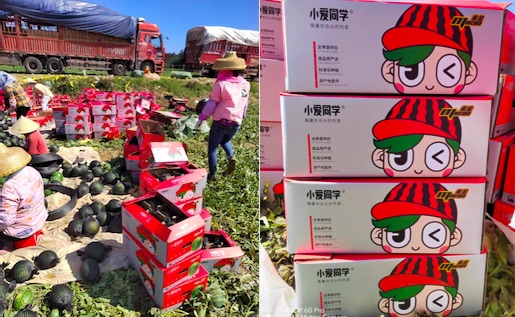 "We have our own watermelon farms, but we also work together with local farmers and help them manage their watermelon production. Our watermelons come from Hainan, and our supply season last around six months from December until May in the subsequent year. WE mostly supply the popular Meidu, Texiaofeng, and Sweet King watermelons." This is according to Mr. Zhou Jian, a watermelon farmer and trader from Hainan. 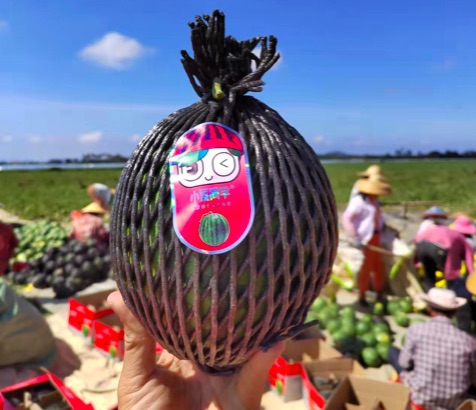 Mr. Zhou continued, "the overall surface area devoted to muskmelon plantation this year expanded by several hundred hectares compared to last year. The most important muskmelon varieties are Xizhou no. 25 and Xizhou no. 17. The price is around 3-3.7 yuan [0.47-0.59 USD]. The watermelon market is currently dominated by Meidu and Texiaofeng watermelons. The price is around 4 yuan [0.63 USD] per 0.5 kg and 2.2 yuan [0.35 USD] per 0.5 kg respectively." 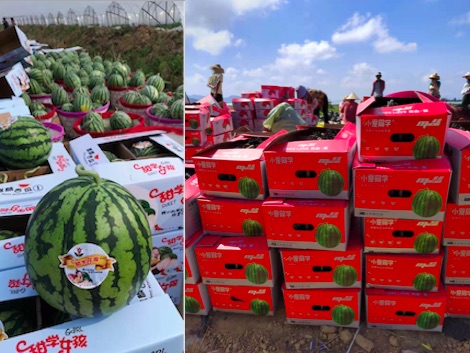 The overall production volume expanded, but the market conditions for muskmelons as well as watermelons greatly improved compared to last year. One of the reasons is that weather conditions in production areas improved. The weather conditions were stable and favorable, and there were no sudden fluctuations. Another reason is the gradual improvement of the pandemic compared to last year. Distribution and labor power are both in a much better shape than last year. 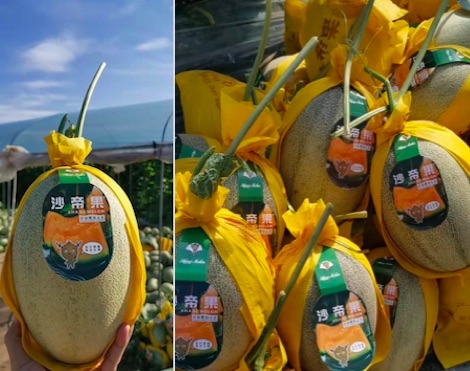 Mr. Zhou mainly sells Hainan muskmelons and watermelons under his own registered brands 'Sweet Student', 'Muskmelon Shi', and 'Emperor Fruit'. He primarily sells his products in the wholesale markets and supermarkets of first- and second-tier cities in China.