Exporters pull the brakes on packing for Russia, hoping fruit will be exempt from sanctions

There are shipments of South African fruit still underway to Russia with further limited volumes expected to still be shipped to Russia, depending on the availability of vessels, credit and marine insurance and whether food is exempt from sanctions.

Bottleneck of fruit in Rotterdam
During the past weekend all containers with destination Russia were blocked in EU ports, FreshPlaza is told, but on Monday evening the decision was reversed. Essential products such as fruit will now be allowed to go through after inspection for sanctioned cargo (such as aircraft parts) prior to release for Russia.

South Africa isn’t really in the EU market yet with citrus but, industry officials say, it is reasonable to expect significant delays. “We will know shortly as everyone [in Rotterdam] is running around to get their fruit through this new bottleneck.”

Priority will be given in the EU to containers carrying perishable cargo, such as fruit and vegetables, it is reported. There are expectations that food and essential services could be excluded from sanctions and that shipping lines will be able to continue carrying those categories of cargo.

Meanwhile, pear and stonefruit exporters tell FreshPlaza Russia is a challenge. Exporters with fruit on the water aren’t in all cases assured of getting their money.

“We’ve stopped packing for our Russian programmes but the fruit on the water is a concern. Some of the product has been diverted to the European Union. From here forward we'll be spreading product to all possible markets. Getting all of our payments has been challenging.” 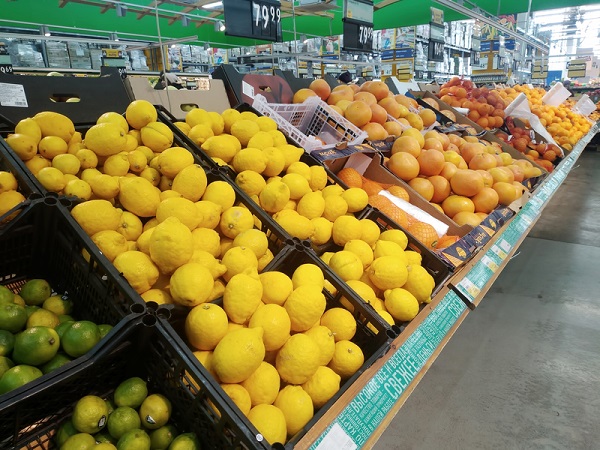 Normally, there are high volumes of citrus going to Russia later in the season, which now presents a big concern for the fruit export industry. Conventional shipping of citrus usually only starts around weeks 14 or 15.

For the moment citrus exporters have no choice but to anxiously wait to see what unfolds and how this is going to affect their upcoming citrus campaign.

South Africa is a member of the BRICS economic bloc to which Russia (and India and China) also belong. Some in the industry hope its membership will stand it in good stead to weather the storms of the new trading environment. South Africa's President Cyril Ramaphosa has been reluctant to condemn Russian actions in Ukraine.