For the first time in Europe, a trade fair dedicated to spices and herbs

On a global scale, spices are worth around 18-20 billion dollars, with an estimated growth rate of around +4/5% per year and can also represent a valid alternative for Italian fruit and vegetable companies.

The topic was addressed during the press conference of the Macfrut Spices & Herbs Global Expo held on 28 February 2022, where the spotlight was on spices, officinal and aromatic herbs. From pepper to oregano, from chilli pepper to chamomile and rosemary, the world of spices and aromatic herbs is enormous and worth hundreds of millions on a national scale and billions on a worldwide basis. 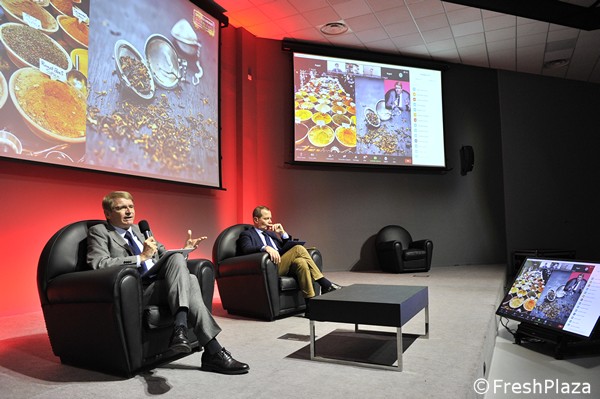 "We are talking about 7300 cultivated hectares and 500 professional companies in Italy with a production of about 4000 tons (excluding coriander) of officinal plants and 350 tons of essential oils, mostly from citrus fruits (bergamot). The value of the production sector is estimated at around 235 million euro, referring only to the processing of raw materials. If we include the export of value-added derivatives, we can reach 1 billion euros. And there are 142 species cultivated throughout Italy, even though imports amount to around 40 thousand tons," said Andrea Primavera, who leads the Fippo association (Italian Federation of officinal plant producers).

Roberto Pernozzoli and Fausta Fiumi of Cannamela-Gruppo Montenegro highlighted some statistics. For Cannamela, the organic sector is at 7% (against an average of 3.6% in value) and the Italian production of spices and herbs is growing, with a focus on some regions such as Calabria, Emilia Romagna, Sicily and Sardinia.

Renzo Piraccini, President of Macfrut, stressed that there is a great deal of interest in this sector ranging from seed companies to technology companies as well as the farming industry. New opportunities are now available to the sector, thanks to the renewal of the regulatory framework introduced by the Italian decree nr. 75/18 (the previous regulations dated back to the 1930s), which recognizes and supports the cultivation of medical plants as an agricultural activity.

The aim is to reach around 50 exhibitors, including participants from abroad.

Speaking on the corporate front was Elisabetta Pantaleoni from Agribioenergie, a company in the province of Bologna that cultivates around 110 hectares of aromatic plants using 12 types of essence. Jakub Nowak from the technology company Scorpion and Amirkhon Akhmedov from BMB Trade (Uzbekistan) showed how the sector is of global interest and how Macfrut could be the new world trade fair reference point.

There are two areas that are part of the exhibition. First of all, that of Spices, represented at Macfrut by the partnership with Cannamela, a leading company in this market. The second one is dedicated to officinal and aromatic herbs, realized in partnership with Fippo (Italian Federation of Officinal Plant Producers) and the magazine Erboristeria Domani.