German business, Johann Kraut Landwirtschaft, is a real potato specialist: the family-run 90-hectare (220-acre) at Bergkirchen, Bavaria, is now in the third generation and has been growing Potatoes for more than 50 years. For almost two decades now, the company has focused on supplying the food industry, mainly growing Potatoes to produce French Fries. 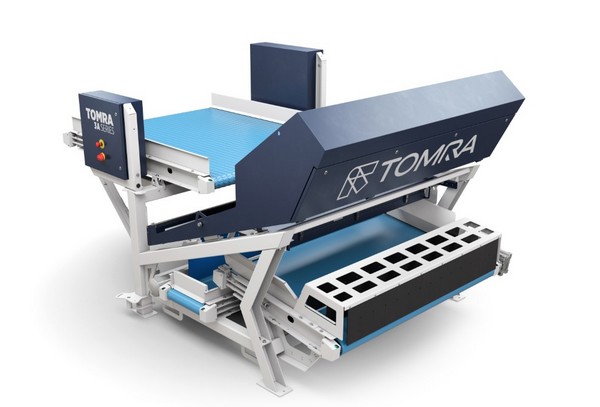 TOMRA 3A reliably removes foreign materials
Concentrating on the French fry industry has opened up a new, rapidly growing market for the farm. To consistently supply customers with top quality, the Potatoes are sorted after harvesting to remove stones and dirt, then stored with constant ventilation at 8°C. Prolonging storage time and preventing the Potatoes from being damaged is possible only by first removing unwanted materials, such as dirt clods, stones and other foreign objects, as well as green potatoes. For this purpose, the company has been using the TOMRA 3A 1200 sorter (with a 1200mm-wide infeed conveyor) since 2021, making the work much easier. This machine is positioned at the entrance to the potato warehouse, where the Potatoes are sorted directly before going into storage.

Andreas Kraut, junior manager at Johann Kraut Landwirtschaft, says the farm's demands on the sorting system are high: "Due to our specific soils, a high proportion of foreign materials are harvested with the Potatoes, so robustness and durability are essential. Other important requirements included a user-friendly design and high safety standards. We decided to invest in the TOMRA 3A as it fulfills all of these requirements and was recommended to us by another user in the region. " 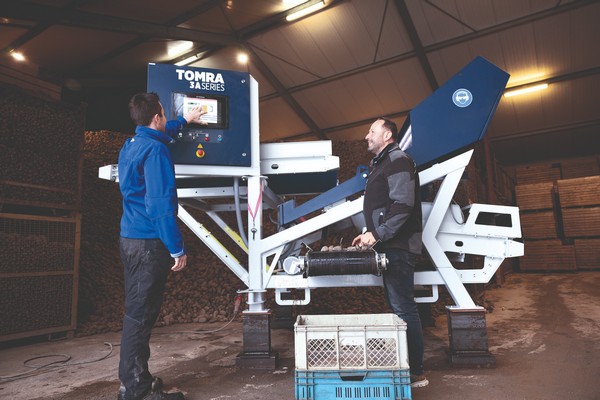 The TOMRA 3A is equipped with multi-spectral NIR (near-infrared) sensors. After the Potatoes are fed to the machine by an integrated infeed belt, they are scanned in flight to sort out stones, dirt clods, and other foreign objects from the harvest in an intelligent, finger-based ejection process that minimizes loss of good produce. The Potatoes continue their natural, free fall onto a trampoline belt that prevents them from being damaged.

Well-equipped to meet increasing demand
This investment by the family-run farm has paid off. Optical sorting has substantially reduced the workload during harvest time, and the result – cleaner Potatoes and a higher daily yield – is convincing.

Andreas Kraut said: "We used the TOMRA 3A for the first time in the 2021 harvest season. The sorting capacity of the machine depends on the soil, among other things. With good conditions, it is possible to sort 40 tons per hour. Under demanding conditions, the high-capacity sorter saved us a great deal of time and was instrumental in helping us meet our tight schedules. 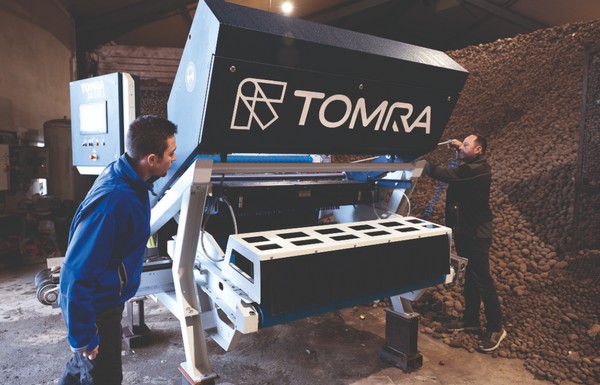 "Also, the relatively large distance between the camera and the ejection process minimized the need for cleaning so that the sorter was continuously operational. During pauses between sorting, briefly removing dust from the lens protector with an air pistol, and wiping it over with a cloth in the evening, was completely sufficient for optimal sorting results."

While the sorter has already proved to be a wise investment, Andreas believes it will become even more important to the business: "We assume that the demand for potatoes will increase in the future, especially when more large-scale dining can take place once the pandemic has subsided."