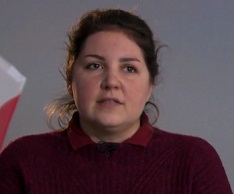 times of climate change, many farmers are looking around for new crops for local fruit and vegetable production. One 'novel' crop that is increasingly coming into the picture is the fig, a fruit that has so far been cultivated mainly in the Mediterranean region. Cécile Prunier of the Kompetenzzentrum Obstbau Bodensee (KOB) provided insights into the opportunities and challenges associated with fig cultivation on the second day of the Fruchtwelt Bodensee online event.

One of the deciding factors, she said, is variety selection, as there are a total of three suitable genera or variety groups for figs, namely purple, brown and green-yellow. The purple-skinned fruits are generally preferred by retailers, but Prunier says that yields tended to be small. The highest-yielding varieties tend to be found in the other two categories, brown and green-yellow. Varieties are currently selected primarily based on taste, cold tolerance in cultivation, caliber, appearance and shelf life. Ideally, he says, the following (growing) conditions are present: low to moderate water availability, high irradiation and coordinated nutrient levels. Prunier: "What's particularly in favor of the fig is minimal maintenance fertilization and moderate watering."

The Dalmatia (l) is rather elongated in shape, yet relatively large. The Tena, on the other hand, is somewhat rounder and thus has a larger diameter.

Marketable fruits
The KOB compared numerous varieties on the basis of several factors. In terms of fruit yield, the green-yellow Dalmatia fig showed the best results. Another decisive factor was the proportion of marketable calibers. Figs may generally be traded from a diameter of around 40mm. The Dalmatia, 1605 and Tena varieties proportionally had the largest share of marketable fruit. Pastilière and Ronde de Bordeaux are often rather smaller, but are nevertheless in the marketable range, says Prunier. 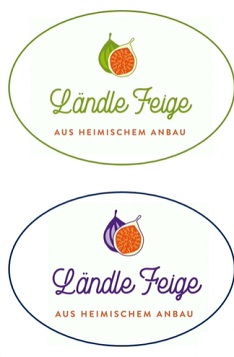 'Ländle Feige' brand was launched a few years ago to market southern German figs in a sensible and targeted manner. The uniformly packaged figs are sold through regional, well-known marketing organizations OVB, WOG and Edeka Südwest. Prunier: "The underlying idea here is to achieve a central bundling of the fruit so that recognition and familiarity with the regional consumer is increased. Centralized distribution also means that producers don't have to deal with marketing and everything that goes with it, such as packaging and labeling. Last but not least, efficient marketing also makes it easy to monitor and control the quality of the produce being marketed."

Frugal crop with low maintenance requirements
According to Prunier, the fig already has the potential to become an integral part of southern German fruit growing as well as the market offering. "The yield potential cannot yet be assessed after only two years of trials and will only become clear in the coming years. The decisive factor for entering the market, whether in food retailing or direct marketing, would be to harvest only first-class quality. In addition, attention should be paid to cold tolerance when selecting plants and varieties. Otherwise, the fig is a modest crop with low maintenance, in the same price segment as berries," the expert concludes.