to Thomas Dannapfel from ABC Fresh Ltd, organic pears from overseas will be of great interest to food retailers this year, due to the smaller European harvest. The Hamburg-based company sources most of its products from overseas. The goods from other European countries, in turn, are more likely to be regarded as additional business, he says.

Crop failures of up to 50%for pears in Europe
"The entire market is looking eagerly at overseas produce right now. This year it should be particularly interesting for pears, as the recent European season has seen lower crop yields. Available stored goods from Italy, Belgium and the Netherlands are already drying up. Italy has been particularly hard hit, with crop losses of up to 60%," Dannapfel says.

The first shipments from Argentina are expected at the end of February. Argentina and Chile are the main source countries for ABC Fresh as far as pears are concerned. South Africa is also an interesting pear producer, he says, although it is mainly conventionally grown there. The season runs through June.

"We will have sufficient volumes available and see it as an opportunity to consolidate cooperation with existing customers and possibly establish new sales channels," Dannapfel said. He also anticipates high-priced offerings. "There will be market-relevant volumes available. Apart from pricing and the sharp increase in costs, there have been no significant problems logistically related to sea freight. So far, supply is going very well. Prices will definitely increase compared to last year. However, the price level last year was also somewhat disappointing." 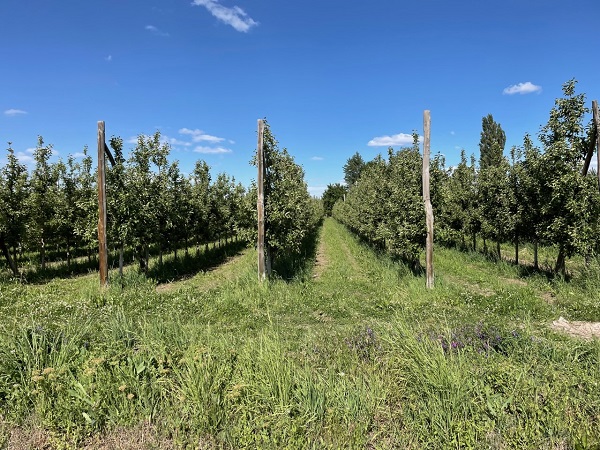 In the organic sector, retailers are among the company's strongest customers, closely followed by organic specialist retailers, through to national wholesalers and regional retailers. The goods are supplied throughout Europe, with a focus on the German market. The range of organic products the company trades in extends from vegetables and root vegetables to citrus fruits, pome fruits and exotics. The organic segment represents 15-20% of the company's sales.

Organic goods: Not a trend, but a permanent fixture
"I am convinced that the organic sector is and will remain an important part of the food supply, but also needs to be expanded and developed further," Dannapfel reinforces. "In the fresh fruit and vegetable sector, we probably won't see the big leaps anymore. It's more likely that other categories such as beverages, frozen and convenience products will continue to see organic growth." All in all, there is no question of an overall saturation of the market.

However, demand is not limitless either, he said. "In some areas, saturation is already taking place. While pear production in Europe has been quite meager, apple yields have continued to be good. As importers, we are encouraged to plan in detail and indicate what quantities and in what time frame our goods need to be available. The time window for overseas goods must be served precisely," Dannapfel explains.

"The production volumes of organic apples in Europe, especially in Germany, have increased continuously. The storage capacity of apples for a year-round supply is already in place. The demand for organic apples from overseas is smaller and relates to specific varieties. As more farms convert to organic cultivation, at some point it will be difficult to fill any gaps and expand the overall variety of supply. However, we also see our role as importers in the organic sector not as a competitor to regional produce, but as a supplement to close any gaps and expand overall supply diversity."