"Focusing on organic and biodynamic horticultural specialties can make a difference"

With the purpose of devoting itself exclusively to the production and marketing of organic and biodynamic fruit and vegetable specialties, the Almeria-based company Ecoinver Export has taken a step forward to form the new company Ecoinver BIO. This has been done with the collaboration of producers with more than 20 years of experience. 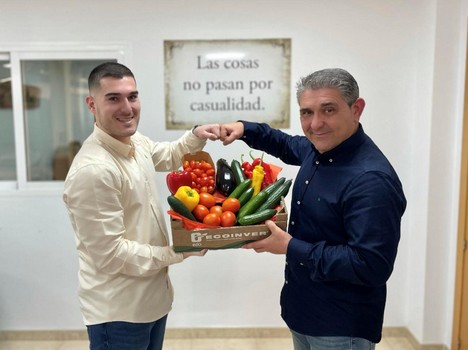 "Ecoinver BIO is a project backed by Ecoinver Export S.L, which has 15 years of experience in the sector and in the specialization of products adapted to the needs of consumers," says Daniel Segura, financial director of Ecoinver Export and BIO.

The creation of the new company was announced in September 2021, but it was not until February of this year when Ecoinver BIO became fully operational in the production, handling, and export of all the fruit and vegetable products that are part of this organic line.

"Practically all companies have their organic product lines, but we believe that by focusing solely and exclusively on organic and biodynamic products, especially in specialties, we can make a difference and provide solutions to both our customers and our producers," says Diego Oller, BIO general manager of the new entity. "Differentiation is not easy. It wouldn't make sense to start a project to do what almost everyone else is already doing," he says.

Based in Las Norias de Daza, Almeria, the company started with 80 hectares of crops thanks to the collaboration of several producers growing vegetables such as mini cucumbers, snack cucumbers, Dutch cucumbers, eggplant, bell peppers, plum and cherry tomatoes or zucchini, among others. "We want to focus on specialties. In spring we hope to start with a line of Japanese eggplant, and we have plans to produce Chinese eggplant, mini eggplant, chili peppers, seedless peppers, and several varieties of flavored tomatoes," says Diego Oller. 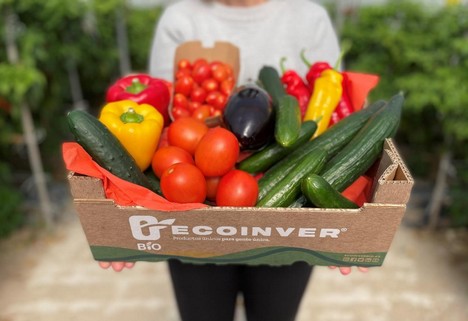 According to the professional, horticultural specialties are more difficult to work with than conventional ones, and even more so if they have bio and biodynamic certifications, since they require a higher degree of experience. "The effort and the specialization required for this kind of crops entail higher costs compared to conventional production, so sales prices should also be higher. However, for this to be the case, a balance between supply and demand must be maintained. Therefore, we are working in close coordination with our producers to determine the productions and the quantities we need, so we can adjust to the demand," he says.

Ecoinver Bio has a 3,000 square meter warehouse for the handling and shipping of organic and biodynamic products, which it sells especially in central and northern Europe, as well as Scandinavia.

"The idea is to continue growing in these markets and soon enter the United States and Canada. We also want to give a boost to the domestic market, where we believe there is a great future ahead. The organic philosophy has arrived later in Spain, but it is spreading, especially among the new generations. The consumption of organic food used to be motivated mostly by health care reasons, but now sustainability and environmental protection are also a concern."