From Amsterdam to Barendrecht in 30 mins

"We have a dream that, by 2050, Europe will have a hyperloop network," says Stan de Caluwe, Project Lead at Hardt Hyperloop. "It's been done in the past -  the rail network was completed in ten or so years." Hardt Hyperloop, a Dutch company, envisions a network that will transport goods and passengers from point A to point B at high speed, sustainably, and emission-free. 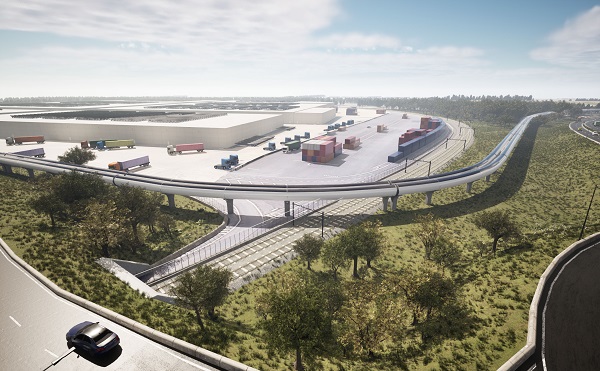 It's like a kind of tube mail in an entirely new, low-pressure tube system. To realize that dream, Hardt initiated the Hyperloop Development Program, a public-private partnership dedicated to hyperloop development. This development could play an important role in climate transition while providing economic growth. Hardt Hyperloop has partnered with companies like BAM, Schiphol, EIT InnoEnergy, IHC, Koolen Industries, Dutch Railways, and Tata Steel for this.

The actual realization of a hyperloop network is still a long way off, but concrete steps have already been taken. For example, a feasibility study has been done, which shows that such a system could be economically viable. Also, the European Commission has awarded the project a €15 million grant, and this year, construction of Hardt's hyperloop center, Europe's first, will start in Groningen.

What is the hyperloop?
The hyperloop is a new form of high-speed, high passenger or freight volume transport. This network could connect cities, countries, and even continents. That would reduce travel times, safely and sustainably. Technically speaking, the hyperloop is a system in which cars use magnetic hovering technology and propulsion to travel through tubes brought up to low air pressure. That allows for low-energy, zero-emission transportation.

Logistical challenges
Stan admits that there are hard-to-solve logistical challenges, like driver availability, congestion, and a lack of delivery reliability. "The current infrastructure needs a lot of investment for reliable, sustainable transport. If we do nothing, that investment will go to modalities such as air, road, and rail. But those modes, too, have their challenges and sustainability issues. We think there's room for another transport mode to fill that gap." 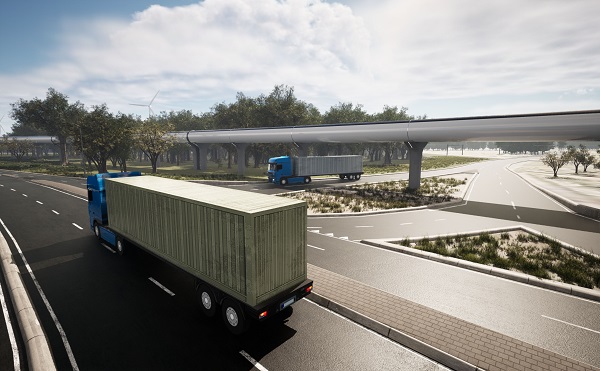 "Hyperloop is fast, sustainable, and emission-free, making it a good investment. The cost of around €5 million per kilometer for a single tube in a problem-free environment can compete with other modes." Stan says it is an autonomous system that is reliable - allowing for accurate planning of follow-up transport - and has the advantage of low operational costs.

"It requires very little labor, and there's no friction between the vehicle and the tube because of the magnetically suspended system. So, maintenance costs are expected to be very competitive compared to other modes. That's significant, considering how it costs to maintain highways." Also, a hyperloop system can be built in a small area and even underground where needed. "Plus, it's noise and particulate-free, so it is a unique form of transportation," says de Caluwe.

Backyard
Hardt has been busy looking at how hyperloop technology can best be applied for some time now. "Passenger transport is self-evident; it offers a good alternative to flying. But it'll be a while before the whole system is ready to start transporting passengers. We've considered where transport is under even more time pressure and found that this is true for goods with a short lifespan."

"These are things such as electronics and e-commerce products, but also fresh products that have to reach stores quickly because of their limited shelf life. Hardt is based in Delft [in the Netherlands], so Europe's largest fresh produce growers and traders hub is right in our backyard. That poses an excellent opportunity to further investigate what hyperloop could mean for this [so-called] A4 corridor," explains Stan. 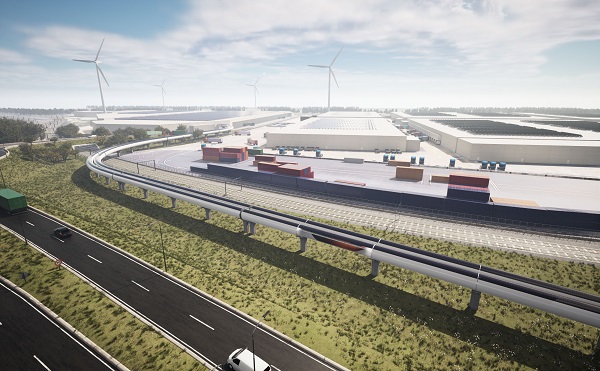 What does Hardt Hyperloop do?
Hardt Hyperloop was founded in 2016. Its founders were part of the team that won Elon Musk's international SpaceX Hyperloop competition in 2017. The company's diverse team now has 35 members from all over the world. Along with many more specialists from partner companies involved in the project, the team is working hard to bring this new transport system to the market. They have to consider all aspects of implementing an international hyperloop network. Hardt developed the first European test facility in 2019.

Amsterdam-Rotterdam-Barendrecht
They have started talking to growers, traders, transport companies, councils, and authorities. "We looked at what's going on, what the future challenges are, and how hyperloop might make a difference." Those discussions delivered requirements like speed, logistics system reliability, and guaranteed temperatures and humidity.

"We designed and tested a cargo hyperloop system around that and concluded that there's a positive business case for just freight on an Amsterdam-Rotterdam-Barendrecht loop," Stan continues. The proposed route will follow as much of the existing infrastructure as possible. It might include a direct connection to the tube at locations where large fruit and vegetable quantities are transported, such as, say, a cooperative.

Electricity use
In the future, transport systems still need to be powered, and in a time when sustainability is becoming increasingly important, electricity use is a vital aspect. "That type of energy demand is an important one." In freight transport, where speed is of the essence, electricity consumption plays an even greater role than in passenger transport, says de Caluwe. He points out that due to the hyperloop network's low air pressure, there is virtually no air resistance.

That, in turn, means you need relatively little electricity for transport. "Our models seem to show that, per ton of cargo, as much energy is needed, but at twice the speed, as an electric truck." The current goal is to reach speeds of up to 400km/h on the Cargo Hyperloop Holland route. "That would mean it would take less than 30 minutes from Amsterdam to Barendrecht," says Stan. "The regional loop could then connect to an international route where even higher speeds can be achieved."

Open modality
Hardt considers it essential for the (international) development of the hyperloop system to be an open modality that everyone can use. That is why they have approached all market players, except those in the technical corner. All these companies are not yet participating in the project. "This project depends on public leadership to move individual routes forward." 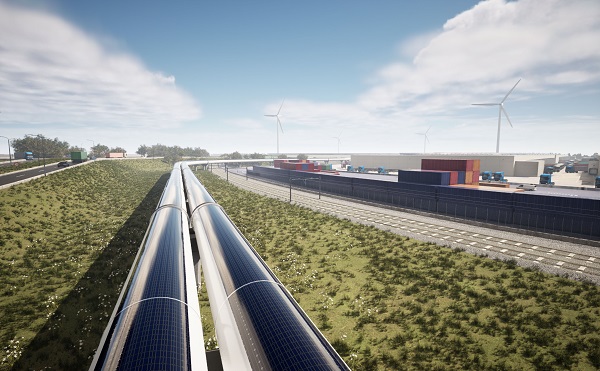 So, Hardt is not only looking at the Netherlands. "We're active in and outside Europe, looking at potential routes and public entities that may be interested and might want to develop those with us."

Stan realizes that connecting countries or continents is a long-term endeavor. Nonetheless, he thinks it should be possible to build a route or, at least, the first part of a longer route in this decade already.

"I'm very optimistic about how active the participation in the study has been. And how much enthusiasm there was for its results. And everyone is very willing to move forward with it. This study has shown that the hyperloop seems feasible and could solve infrastructure problems. If we can move a lot of freight to a closed system like the hyperloop, the entire region could benefit," Stan concludes.