Australian avocados taking a step towards growth in Japan

"We think there are good opportunities, but it's early days in terms of building our market share"

Growers in Western Australia and South Australia's Riverland region have had access to Japan since 2018, and Avocados Australia CEO John Tyas says that the increase in production this year has also led to more exports in the past year.

"So, it was a good opportunity to really build the market, as Japan is the largest avocado market in Asia," Mr Tyas said. "We think that there are good opportunities for Australia in Japan, but it is still early days in terms of building our market share. We had some good promotion activities and this trade event was really well supported by the Western Australian government, in conjunction with Avocados Australia and Hort Innovation. It is a market that we are planning to build over time." 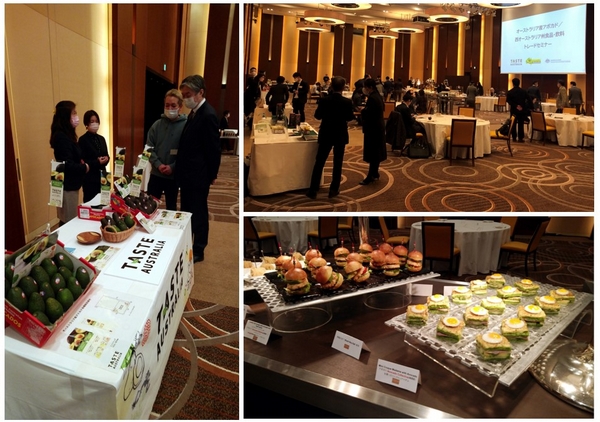 Mr Tyas adds that Australia has been doing research for some time to find out what the potential opportunities are for Australian avocados.

"To grow that market, we are going to have to ensure that we supply a high-quality product with good service, good backup, and good marketing and promotion programs," he said. "Per capita consumption in Japan is still quite low, but with its population, it still is the largest avocado market in Asia. We want to build on the attributes of Australian values because our research showed that consumers in Japan had a very positive association with Australia."

Avocados Australia is hoping that the other states can get access to the Japanese market sooner rather than later, and is hopeful the government negotiations can happen quickly.

"Research has been done to support a protocol for access, so we are pressuring our government to move the negotiations along," Mr Tyas said. "There have been some initial discussions which are positive. But overall, we are putting a lot of emphasis on export market growth, and market access is our greatest challenge. We also don't have access to some major markets like China, and Japan for the rest of the country. We are very keen to get access to Japan for the rest of Australian growers so we can have a year-round program." 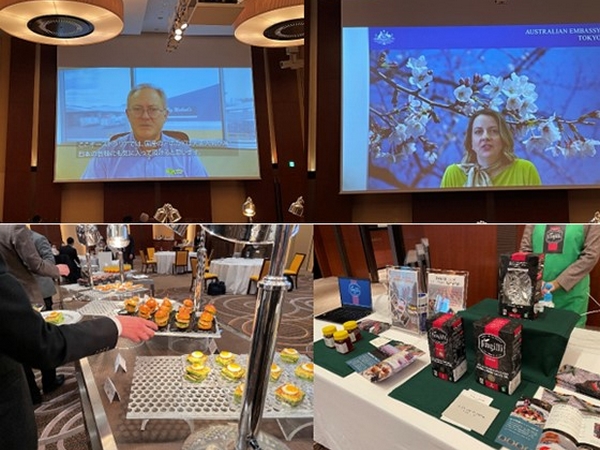 Logistical Issues for Western Australian growers
Flooding in Central Australia has led to transportation issues shipping the fruit domestically from Western Australia, which is currently in the middle of their Hass season.

"The rail line from WA across to the east coast has been cut," Mr Tyas explained. "There is a significant volume that goes by rail, so there are some logistical problems that they are trying to deal with at the moment, and that might delay the end of the WA season slightly. We are just beginning the Shepard season too, so there is a bit of Shepard also coming into the market now."

Shepard volumes are expected to remain around the same as last year. Mr Tyas says there are some mature orchards that are down but countering that, there are some young orchards coming into production, so there will still be good supplies.

In the 2021 calendar year, Hass volumes were a bumper crop, just like industry was expecting.

"We did over 110,000 tonnes last calendar year, so that was a massive increase on the year before," Mr Tyas said. "So, there was a lot of pressure in the domestic market and some prices that industry hasn't seen for decades. It was a tough year, but in terms of our export markets, we were more price competitive, which allowed us to increase our share in a number of our markets. We also expanded our consumer base in Australia and saw new consumers coming into the category, in particular the ones that are more price sensitive. Hopefully, we can keep those consumers on, as we get back to more sustainable pricing."

The industry has done a lot of work in the past few seasons in terms of marketing and promotion, and while they have been successful, Mr Tyas admits that there is still a lot of work to do to grow domestic and export markets.

"You can't build a market by 50 per cent in a year, just with marketing and promotion," he said. "So, there will probably be some tough years ahead for Australian growers, especially with all the young trees coming online. The past five years have seen a massive increase in terms of plantings, which peaked in 2018. At the moment half of all the trees in Australia are less than six years old, which means there will be plenty of production coming. This year, it is looking like supply will be a bit more manageable than it was last year, which will be good, so we hope there will be better market conditions within Australia. Long term we have significant growth, and our long-term forecasts show 170,000 tonnes by 2026, so that's more than double what we did last financial year. So, growing the domestic market is important, as well as exports."