This year's stone fruit season has been a tale of two halves for a leading Australian grower Mattina Fresh.

National Sales Director, Tom Panna says leading into Christmas, not just his business but the whole industry faced some challenges with weather and quality - but since late December there has been much better news.

"We had a few challenges early on, and that was around quality," he said. "We had the most rain that I have ever experienced leading into and during harvest on the pre-Christmas varieties. Over November and December, we probably had 220mm of rain. That created a bit of a challenge. From pretty much Christmas onwards, it has been amazing; there's domestic demand, international demand, fruit quality is good and size is up. It has been a far more positive season than what we were led to believe coming into it. There was a little caution at the start regarding where we sit with international trade, specifically, and then what does that do to the domestic market. We didn't know if that would create an oversupply. But domestically fruit is selling and it has been really positive." 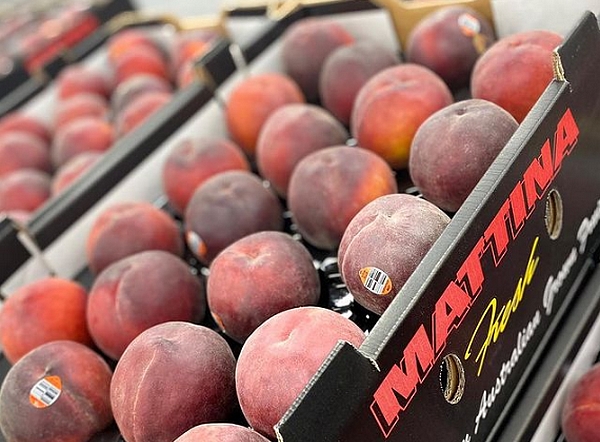 Overall, Mattina Fresh has more than 84 varieties of stone fruit in the ground, and the harvest of different varieties can change every 3-5 days this season. Mr Panna says there has been no disruption to the timeline, with 8-10 weeks of peach and nectarine left this year, and 12-14 weeks of plums.

"We are pretty much packing to order," Mr Panna said. "That is how tight it has become due to the demand, which is good. That shows category growth both here in Australia and overseas. That's what we want. We are focused on having that premium offer, and we have done the work in the orchard to make sure that the fruit that is out there is good enough for a consumer to want to repeat buy. I feel that the category is in a really good position and as a business, we are in a good position."

He added that the export season has been positive, especially leading into the Lunar New Year period, with a strong focus on airfreight.

"I had my doubts at the start, and was hesitant because I didn't want to take risks," Mr Panna said. "But we started to hear some positive feedback coming from across the industry, and we started exporting about four weeks ago ourselves. The white nectarines numbers that have left Australia are down because people are avoiding sea freight. But we have exported ten times the amount we normally do of white peaches by air freight. I think that that is the story across the industry because we are aware of the risk of being on the water, and supply chain issues at ports. But overall, I think one has compensated the other."

While the industry has battled some issues regarding supply chain disruptions due to staff needing to take time off work due to COVID, Mr Panna admits his company has been lucky to avoid any major problems, as the Omicron variant case numbers surged throughout the past two months.

"We are probably at the other end of the challenges; we run our own truck," he said. "We have all our own infrastructure and it is very minimal what rely on, or outsource. We have been able to have a lot more control over our supply chain because I know that there are more horrific stories out there. That has put us in a good position with our customers because we have been able to perform in these challenging times. It hasn't been easy, but being a family business that has the attitude of getting the job done, probably separates us from others. But I do feel for those who are struggling because from a fresh produce industry perspective it is still a big issue." 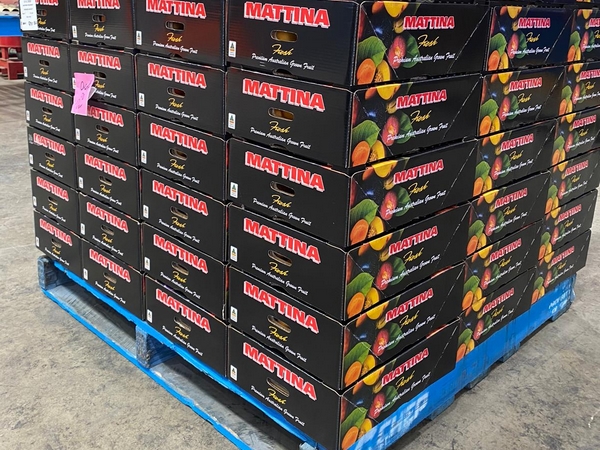 Mattina Fresh helps introduce a new workforce training program
Like the rest of the industry, Mattina Fresh has run into challenges with labour shortages, significantly affected by the closure of state and international borders due to the COVID-19 pandemic. The company has recently aligned itself with National Farms Education Australia (NFEA) to help better train staff and get the most out of their employees.

"We have been really struggling from an Ag and Hort perspective all the way through to hospitality," he said. "Not having international workers in our country has been a challenge. As a business, we aligned ourselves with a program that I helped create with a good mate of mine Dave Zahlan (from Alexanders Fruit Market, in Melbourne) to upskill people in the industry. We said around 12-18 months ago, instead of falling into the rat race of having unskilled workers, then not having enough workers; what can we do to implement something that is a call to change and give our staff the tools, so we are not turning and burning staff. We want them to stay with us and be happy in our workplace. So far, it is looking good, and has been a win for us." 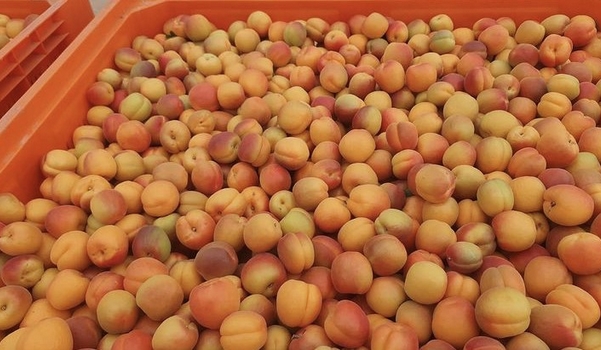 Mr Panna says that it was originally focused on people from his business, but it is now being rolled out to fellow fresh produce businesses across the industry to improve the quality of work being done on-farm during the testing times.

"We are ultimately trying to get the most out of new workers in the packhouse and on farms, and just getting education out there," Mr Panna said. "It is something that industry has lacked for as long as I remember. There has been a strong focus on getting productivity out of unskilled labour. While there is always going to be a percentage that will be unsuccessful, there has already been some good outcomes with the guys that have adapted to the program and done the course; to learn about the specifications, or what to look for when you are packing, or the safety hazards. We wanted to develop a course and criteria to invest back into them because what is common sense to us is not necessarily common sense to others who haven't picked or packed fruit."