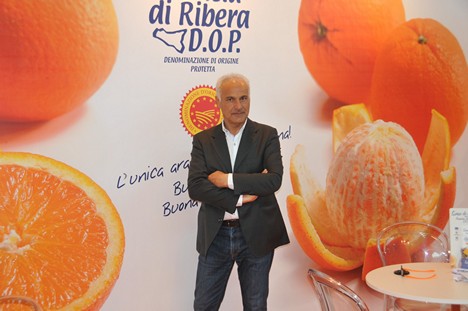 The inspection of the company in question, located outside the production territory, found inconsistencies regarding the provenance and traceability of the oranges, the absence of the necessary authorizations to process PDO oranges from Ribera and their shipment to big retail chain platforms. Officials drafted a report and sanctions will be applied as provided for by law.

In addition, produce labelled as Arancia di Ribera DOP and packaged by unauthorized centers was found in two supermarkets while, in a distribution center, the agents seized non-compliant batches of produce packaged outside of the production area.

Additional checks will be performed over the next few days to verify the compliance and issue further administrative sanctions if required.

PDO oranges from Ribera are part of those products safeguarded by the "PDO" Protected Designation of Origin mark, which is attributed by the European Union to products whose unique qualitative characteristics depend on the territory where they are produced.

Only oranges grown and packaged in the Ribera territory and in the thirteen municipalities part of of the production area and by certified companies can bear the PDO mark, following strict specifications approved by the Ministry of Agriculture and the EC.

"We followed up on a few reports from consumers who noticed inconsistencies on some orange packets found in some big retail stores. We immediately set to work, also involving the ICQRF, who promptly replied," commented Giuseppe Pasciuta, president of Consorzio di Tutela Arancia Di Ribera DOP.

"The control and supervisory activities also enable us to inform operators as regards the need to comply with production specifications. Over the years, our brand has acquired great prestige on an international level, conveying added value to producers. In order to provide more guarantees to final consumers, both internal and external checks are constantly carried out to guarantee the identification and traceability of Arancia di Ribera DOP along the entire chain. These actions do not only protect a commercial brand, but they also safeguard the socio-economic tissue of a territory that lives on high-quality citrus fruit cultivation."