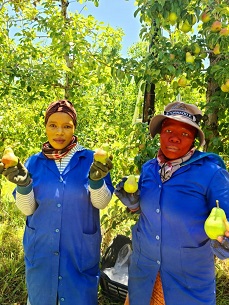 At De Keur, a topfruit and onion producer in the Koue Bokkeveld, the harvest of early Bon Chretiens (also called Williams) and Rosemarie pears kicked off last week, as the Cape’s summer warms up at last.

The pears are looking good at this early stage in the season, says Cathrine Smuts, De Keur marketing manager.

The early summer has been cool, but the area’s winter has been cold and the size distribution is much the same as usual.

“Our focus is on Europe and the UK this season,” she notes, “with the strong pear market in the UK and Europe. It is a direct result of Italy’s lower pear harvest. They start with almost no pear supply and we have already received many enquiries for pears, some from new clients.”

She continues that their first priority are their existing clients who’ve stood by them. “Most of our receivers in Europe and the UK are in the retail sector. We send nothing to wholesale.” 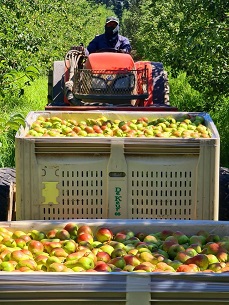 Forelle pears start in weeks 12 or 13. “In our basket it’s a product that is more focused on the East but it will depend on the logistical situation when we get there,” she says.

Last season they were forced to truck fruit (particularly apples) to Durban when there were no other options. This season it is an option they are pro-actively pursuing.

“We send in containers, as far as possible, but the problem is in Cape Town: there are no containers in the Cape so you’re forced to load from Port Elizabeth or Durban. We’re considering doing that for the Middle East and the Far East. It doesn’t mean we’ll be sending all of our fruit for the Middle East and Far East from Durban but definitely part of it, in order to spread our risk and to be certain we’ll be getting containers.”

Around 70% of their topfruit is apples: Royal Gala and Panorama Golden will start in week 6.

Onion season is kicking off
Consumers at Shoprite Checkers, one of South Africa’s largest supermarkets, are well-acquainted with De Keur’s onions. 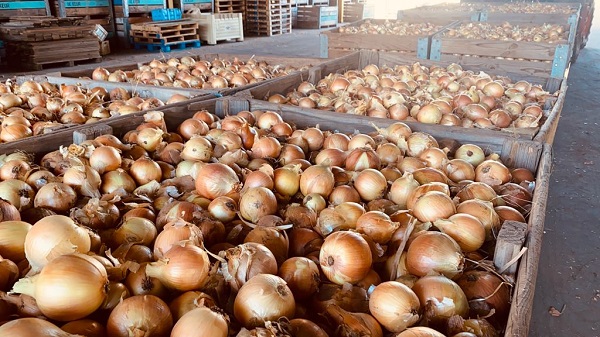 All photos supplied by De Keur

Most of their onions will go into this supermarket programme when the onion packing starts in five days.

Koue Bokkeveld onions are prized for their shelf life and De Keur  exports onions to Angola and Zambia.