Juan Silva, manager of Alvefresh: "In the coming months we will launch our organic aloe vera juice"

Although there is no official data on the area and production of aloe vera in Spain, this succulent plant is widely cultivated in the country. In regions such as the Canary Islands, the Region of Valencia, Murcia and Andalusia, among others, this vegetable has been highly valued since ancient times for its nutritional and medicinal properties. In fact, according to available historical records, its consumption was already documented in approximately 1750 B.C. by the Sumerians, who left some clay tablets describing its pharmacological use.

The cosmetic industry has been using aloe vera as an ingredient for years, but it is also a functional food rich in amino acids, vitamins and minerals (especially germanium), and companies such as Alvefresh have been investing in it. 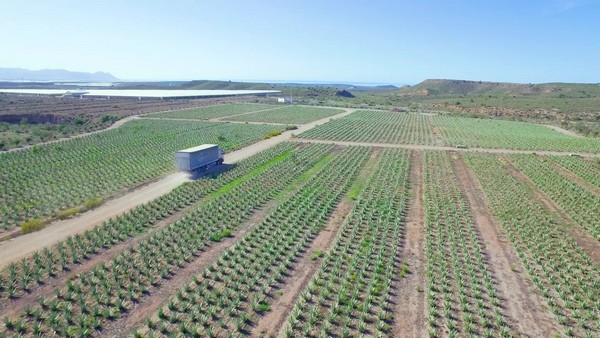 "Alvefresh belongs to a family group which has diversified its activity into several lines of business. Its beginnings date back to 2016, when Lorenzo Silva, my father, the founder of Silma Group, became interested in the cultivation of aloe vera when he learned about this plant through a close friend who was already growing it. In 2017, the project was launched with the design of the processing factory and, at this time, after a break due to the pandemic, we are finalizing the launch of our organic aloe vera juice," says Juan Silva, manager of the Almeria-based firm.

"The aloe vera we use both in the cosmetics line and for food is grown in Almeria, which has the ideal conditions for the plant's development thanks to the climate and the many hours of sunshine in the province. The plantations are located less than an hour from the factory, which allows our raw material to be still fresh at the time of processing. Also, all the products we use are certified organic by the CAAE." 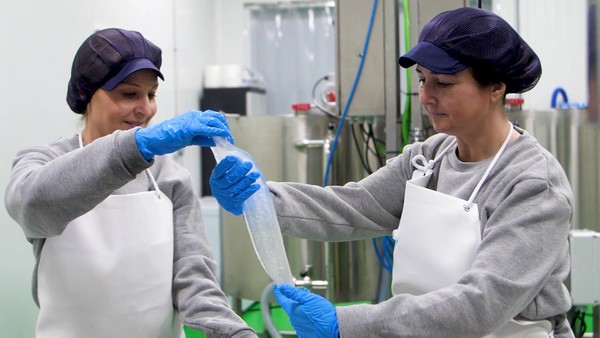 "We only use fresh aloe leaves to make our juices and gels," says Juan. "Since I took over the company management, I have focused on obtaining a quality, natural product, with all processes well defined. In the aloe vera processing line for food, we are focusing on producing a natural juice with all the characteristics and properties of fresh aloe, improving the taste of the final product."

"In recent years, the aloe vera industry has changed a lot, because the use of freeze-dried aloe powder, which comes mostly from Mexico or Asia and is then rehydrated for the production of juices and gels, has skyrocketed. The industry and certifications put hydrated aloe vera powder and the gel extracted from the fresh plant at the same level, which can lead to confusion among customers and consumers, who will think they are consuming the natural plant. The difference is similar to the one between powdered milk and freshly-milked pasteurized milk," says the Alvefresh manager.

"And that is having consequences in the sector. In recent times, many producers have been uprooting their plantations nationwide because the industry has been more interested in aloe vera powder, which is cheaper, and there's lack of knowledge about what to do with the fresh leaves."

"In Spain we produce high quality aloe vera, and it is a shame that this is happening in our sector, and that in the end, the excellent properties of fresh aloe vera are being lost in the rehydrated products that reach consumers."

Bag in box organic juices
Alvefresh has everything ready to launch its pasteurized organic aloe vera juice in the coming months. "We have all the machinery ready to produce and package our juice, which we will market under our own brand and will package in a bag in box format, since fresh aloe juice is very sensitive and this type of packaging protects it from light and temperature changes, as well as from contact with air." 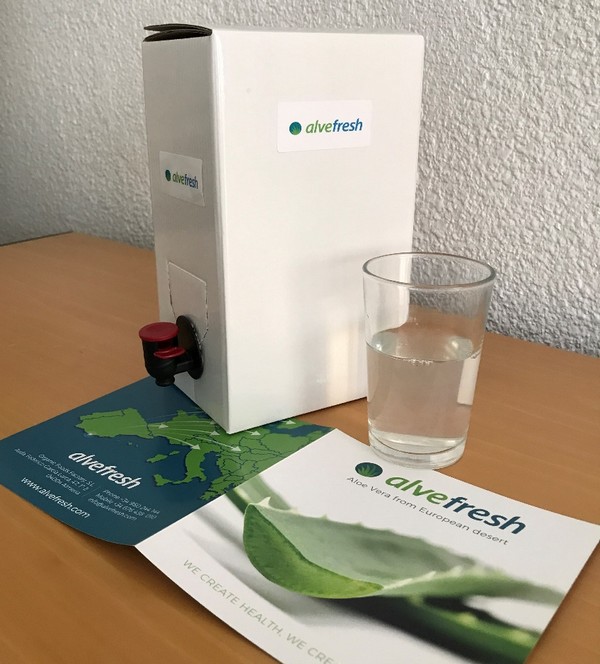 "We are aware that we are a new factory and a new brand, and our commercial department is working to be able to bring our juice all over Europe. For now, we will start marketing it on the Amazon electronic platform to start making ourselves known."

"We are also studying the possibility of producing frozen aloe vera fillets, a very interesting line for the future," says Juan Silva.