The situation in the international garlic market is strongly influenced by two main factors and these have affected prices and trade flows.

"The influence on prices is due to the position of Brazil. This country, which used to be a major importer of garlic has now become a production country, which has effectively cut out imports from countries such as China, Spain and Argentina. Spain and China still have large quantities of garlic in storage and I doubt they can be placed before the new spring/summer harvest," said Antonio Tuccillo, director of Agrimpex Farming.

"The second factor concerns sea freight rates, which have reached prohibitive levels. This is because the cost of transportation is almost higher than the value of the garlic itself transported from China to European ports. This leads to a distortion of market values that in many cases has served to block deliveries from China in favor of more competitive deliveries from Spain." 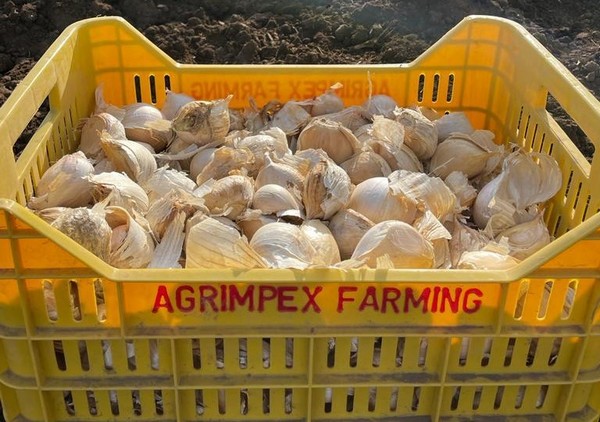 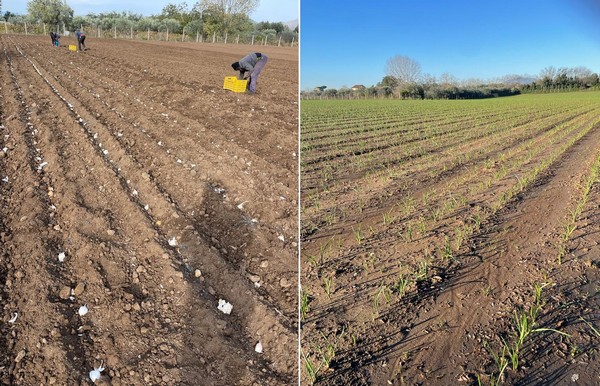 On the left: sowing in October 2021. On the right: garlic cultivation in region Campania season 2021/2022. Photo: Agrimpex Farming

Finally, it should be taken into account that within 3-4 weeks the first fresh, well-ripened garlic could be imported from Egypt. "This situation could further reduce prices, which are already quite low, and not compensate the grower in a satisfactory way."

"We are looking forward to better times," concluded Tuccillo.