Sarwat Radwan, AKL ExoFresh Ltd, on the second half of the season:

After a difficult Christmas season, the marketing of Egyptian spring onions now seems to be picking up slightly. "Throughout December, there has been too much product compared to the rather modest demand, which is why there was oversupply. In the meantime, the situation has eased somewhat and it has also been possible to raise prices slightly, in line with rising demand," Sarwat Radwan, specialized importer and managing director of AKL ExoFresh Ltd, tells us.

According to Radwan, the cultivation of spring onions and, consequently, imports on the Western European and, in particular, the German market have experienced a massive boom in recent years. "On both the grower and marketing side, there have been many newcomers and lateral entrants who want to get involved with spring onions. This has had a corresponding effect on the supply situation." 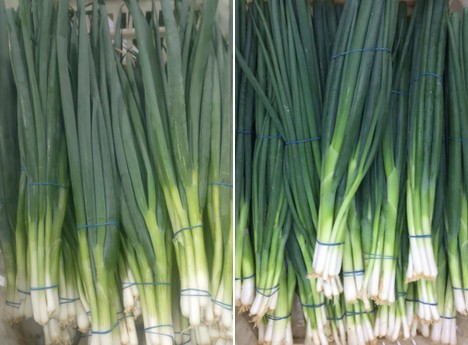 The marketing of Egyptian spring onions is now in full swing.

Due to oversupply and low 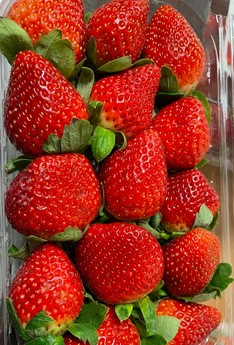 demand in the trade, the product has had to be temporarily stored for longer than usual, which in turn has affected quality, Radwan states. "In the course of this, first-class goods were rather scarce in December. At the moment, fresh produce is being distributed within the shortest possible time, which benefits the quality of the produce to be marketed accordingly."

Right: In parallel with the spring onion campaign, the Egyptian strawberry season is now rapidly drawing to a close.

An early end to the season?
According to the Dortmund-based trader, it is difficult to predict how marketing will develop in the second half of the season. "Egyptian spring onions have gained a high standing in both food retail and wholesale. We only feel a slight competition with Italian goods, otherwise sporadic batches arrive from Morocco and Senegal."

If the weather stays like this and there are no cases of frost, Radwan said to expect an early end to the season. "Last year, the season was probably a little longer than expected because the German spring onions hit the market later due to the bad weather, so the demand for Egyptian product increased mightily. As a result, this season there has been a noticeable increase in interest in spring onions, both on the producer and import side, even among those who have not previously dealt with this category of goods. Accordingly, there have also been the aforementioned oversupplies before Christmas."

During the German spring onion season, Egyptian batches are traded only sporadically. Says Radwan, "By then, most are switching to domestic produce. If the weather stays as it is now, there would be first batches from German cultivation as early as mid-March, which again would be disadvantageous for us."