Over one thousand hectares of strawberries cultivated in Basilicata this year

The strawberry hectares planted in the Metaponto area for the 2021/2022 campaign are 1,162.30 compared to the 998 of the past season (+164 hectares).The 16.4% increase confirms that, once again, Basilicata is the leading strawberry producer region in Italy. 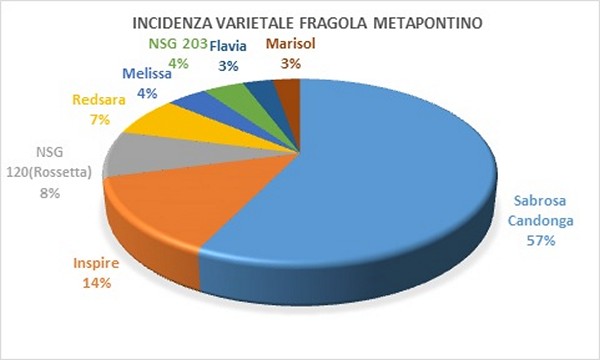 There are over 1,079 hectares of fresh plants (93%), plus around 82 of plugs. These are some of the data emerged from the report provided by ALSIA and drafted after the body talked to nurseries as regards the plantlets sold in the entire region.

The most cultivated varieties remain Sabrosa-Candonga with 600 hectares followed by Inspire, which went from the 79 hectares of last year to the current 142.86. In third place, we find the Nova Siri Genetics cultivar, NSG 120 (better known as Rossetta®), with over 85 hectares. 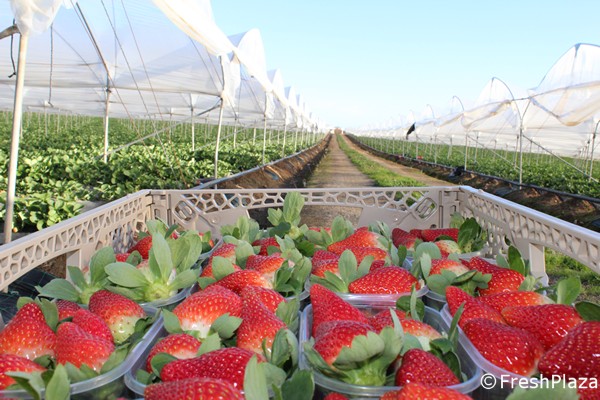 Florida-Fortuna is also growing with 56.71 hectares compared to the 38 planted during the past campaign. Figures are excellent for Limvalnera too, with 14 hectares between fresh plants and plugs compared to the little over 20 thousand plants of last year. Other cultivars that have not been as widespread in Basilicata so far, such as Primavera, Elide, Nabila and Plared 1075, have been growing. The crops of Marisol are similar to 2021 with 28,57 hectares.