Georg Thalhammer at the start of the import season

The import season for organic Hokkaido pumpkins is ready to get underway. "In week 3 and 4, the last German goods will hit the market. At the same time, the first 10 containers from Egypt will hit the market. At the moment, we are already helping ourselves to the goods from the Netherlands. According to the producers, the Egyptians have a bountiful harvest this year, which is why, from today's perspective, we will be able to expand our import volume from 800 tons last year to 1200 tons," says specialized importer Georg Thalhammer.

The supply of Egyptian Hokkaido pumpkins normally runs until the end of April, after which the classic summer slump takes place in May and June. "Parallel to the Egyptian season, this year we will also be able to offer organic Hokkaido pumpkins from the West African country of Guinee for the first time. Due to the optimal climatic conditions, our partner has decided to sow pumpkins on about 50 hectares, and the first signs are particularly promising," Thalhammer informs us. 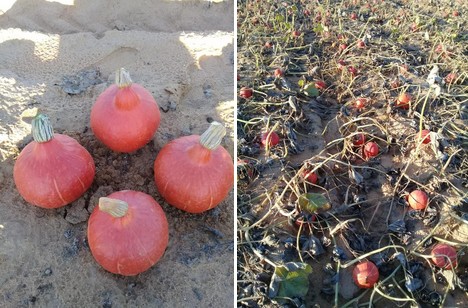 Extension of the domestic marketing season
According to Thalhammer, the past domestic season was quite enjoyable. "In the summer it was rather humid and wet, but around harvest time we had optimal weather conditions, which is why we ended up with satisfactory volumes and equally quality storage." This in turn was reflected in marketing, Thalhammer sums up. "In last year's season, Lidl already offered the last Bioland Hokkaido at the end of November; at the moment, the campaign is only just coming to a close, although there has only been a slight increase in area."

In the current interim phase, a slight price pressure can be observed, Thalhammer continues. "Dutch volumes are putting noticeable pressure on the market, although prices are slightly above last year's levels. We had hoped for better prices at this point in time." 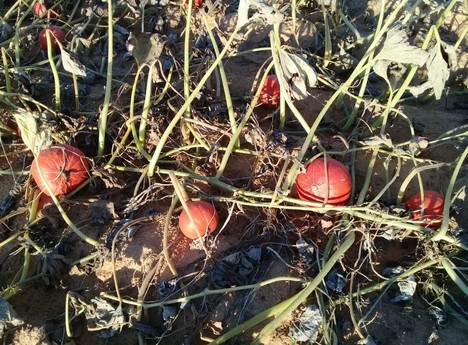 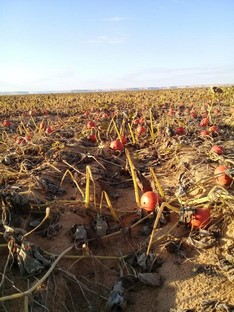 ably extremely important for organic pumpkins, Thalhammer says. Both organic food retailers and organic specialty retailers prefer to serve themselves directly from the producer during the domestic season, without intermediaries. In addition to the market-standard Hokkaido pumpkin, other varieties are now increasingly entering the market. "Butternut, muscat and spaghetti squash are also enjoying increasing demand, but purely from German cultivation. Accordingly, there are still lateral entrants on the grower side who want to take up organic pumpkin cultivation."