A record of 29 shipments were rejected up until November of last year in European ports because they were infected with false codling moths (18 from South Africa, 10 from Zimbabwe, and 1 from Israel).

“This is regulated as a quarantine pest and a priority due to its economic and environmental impact. Thus, the only alternative Brussels has is to impose a cold treatment in transit for these imports. Cold treatment is internationally standardized. It's what other citrus powers require of Spanish exports. It guarantees there are no risks the pest would enter the EU. The EU should apply it without exception to all consignments of citrus from the countries where this plague is detected,” stated Intercitrus.

At this point and after spreading throughout Africa and reaching Israel in 1984, no one disputes the adaptability of Thaumatotibia leucotreta to the Mediterranean climate. “The EU has classified this pest as one of the top 20 priority plant diseases because of the serious damage it can cause. In citrus fruits, it causes a premature and massive fall of the fruits and the appearance of secondary infections caused by fungi and bacteria. It is not an exclusive threat to citrus fruits, it is a highly polyphagic pest that affects up to 70 host plants, including relevant Mediterranean crops such as pepper, cotton, peach, nectarine, avocado, and pomegranate. " 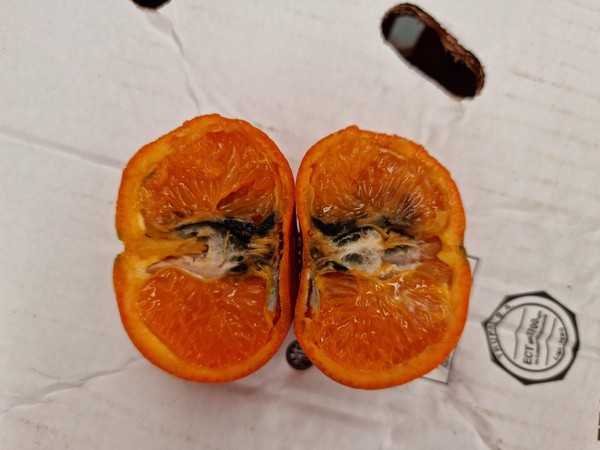 According to the Contingency Plan drawn up by the Ministry of Agriculture to prevent the entry of this insect and to prepare for its possible detection, there is a very high risk this pest would establish in the country. The plan also states that its main route of entry is the importation of fruits. In addition, visual controls carried out in the ports of entry or before, in the fields of origin, are not the best way to guarantee this pest doesn't enter the EU because T. leucotreta larvae feed internally and most of the hosts (fruits) present external symptoms that are difficult to identify, the ministry report states.

Thus, it is not surprising that this pathogen has exceeded European border controls on many occasions. It caused an outbreak in 2018 in a German greenhouse and has been occasionally detected in Denmark, Spain, Finland, Holland, Italy, Sweden, and the United Kingdom. According to the ministry, the eradication of this insect would be very complicated because of the lack of authorized insecticides.

Intercitrus values positively the steps that the department led by Luis Planas and other Member States are taking to convince the Commission that the only possible option is to impose on the countries affected by this plague a cold treatment in transit on citrus fruits exports to the EU.