Tech company ARCi Technologies is working on South Africa’s first semi-autonomous agricultural robot. In the past, Michael Back and his son Simon, owners of the Backsberg wine estate between Paarl and Franschhoek in the Western Cape, had a problem at blueberry harvest time. Their pickers were having to walk up to 150 metres to and from quality-control centres to deliver the fruit.

“We were looking for a conveyer-like solution onto which workers could place their buckets [of fruit] right where they were working. My father then came up with the idea of having a robotic carrier platform that automatically followed picking teams up and down rows to collect and deliver their buckets to the quality-control centres,” says Simon. 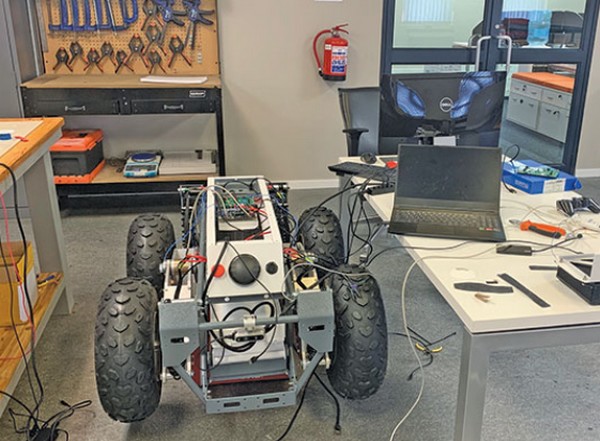 Cobus, Chris, Michael and Simon have since founded ARCi Technologies, and have developed what can probably be considered South Africa’s first semi-autonomous agricultural robot, ARCi. The name is derived from the term ‘agricultural robotic carrier’.

A second prototype was already ready for testing during the 2020 picking season. This machine, substantially larger than the first, was able to carry four picking crates in one layer, as well as advanced camera technology to improve the accuracy of the autonomous guidance system.