In the Hong Kong office of Rooted Global Fruit Co the phone of Ankia Rabie-Gerber never stops ringing with grape orders at the moment. In order to meet demand ahead of Chinese New Year, they’re flying out grapes to primarily Malaysia.

The Spring Festival is, she points out, unfortunately very early this year making it difficult to supply the required quality ahead of this year’s date of 1 February.

“If it were a bit later we’d now be shipping grapes, but as it is we’re waiting for the post-Chinese New Year market,” she says. 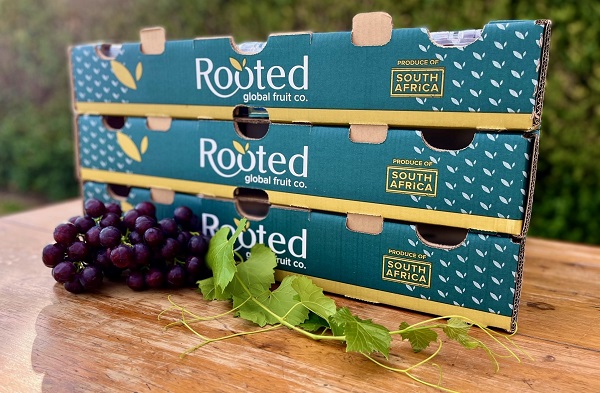 Her business partner Ryno Palm says the early South African grapes (mostly from the Hex River Valley) they’ve been flying out, have been met with a very good response.

“What we’ve started experiencing last year,” Ryno says, “is that we did tremendously well with the new cultivars like Autumn Crisp, Sweet Globe, Ivory.”

“South Africa and Namibia had fallen behind California and Peru with the new grape breeding programmes,” he sets out, “but now we’re in a position where we can start competing. There is room for South Africa and I have to say, producers from South Africa place really attractive product into South East Asia and China.” 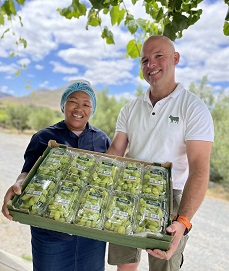 Himself a grape farmer in the Hex River Valley, Ryno observes that the quality is “amazing” at this stage.

“The table is set for a really good year for South African grapes in South East Asia and China. We’re looking forward to see how we’re going to fare over the coming twelve weeks.”

Ankia has been living in Hong Kong for five years, gaining intimate knowledge of retail in places like Hong Kong as well as Singapore, Malaysia, Vietnam and Cambodia. She notes that last year for the first they felt the competition from Indian grapes in South East Asia, something she expects they’ll be seeing more of in coming years.

Her footprint in South East Asia is very important for the business, Ryno says, but South African grapes can’t do without the UK and the EU, which he handles, rounded out by Scandinavia and the Indian Ocean islands.

“You can either handle grapes like a commodity, or you can put in extra effort into specific markets, selling the right fruit to the right clients. Whether that’s grapes with smaller berries to a retailer in Belgium or whether that’s double extra large for PARKnSHOP in Hong Kong, we visit the orchards and we have a conversation with the producer about the right market for each block,” Ryno explains.

He adds that as a farmer he spends a large part of the year nurturing the product. “When I pass the baton to the salesperson, I want to pass on that pride I have in my product. We create a close knit environment and that personal touch, like a photo of the fruit on arrival, is very important to us.”

Very good blueberry season behind them
The first product to be packed into their new Rooted Global Fruit Co brand last year were blueberries which went to Singapore, Hong Kong and Malaysia.

“We did a lot to lay the groundwork for South African blueberries in Asia, and it has been challenging,” Ryno says. “There have been warnings of a blueberry oversupply from South Africa but, although there were a lot of berries this season, we’ve in fact had a stable year from a pricing point of view. Producers who have invested in quality and grading and packaging are doing unbelievably well.”

Warming Asian clients to South African and Zimbabwean blueberries has been Ankia’s focus. “We regard blueberries as one of our main lines and we definitely foresee further growth in blueberry demand in South East Asia.” 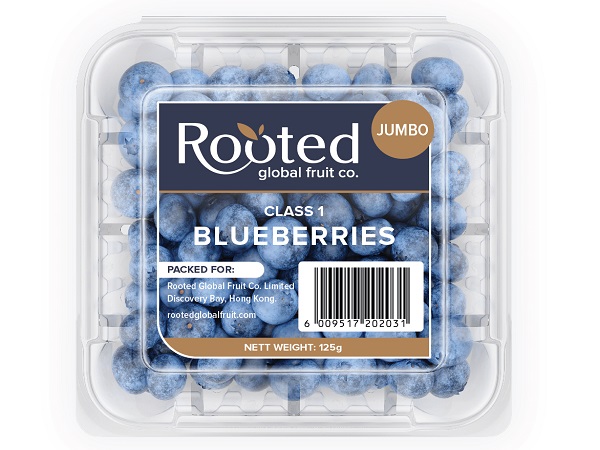 He adds: “We’re looking back on a very good blueberry year.”

During the following season they plan to obtain more blueberries from Zimbabwe, which opens the season ahead of South Africa, while also investigating the possibilities offered by Chilean blueberries.

Next up to be packed in the Rooted Global Fruit Co brand will be figs from the Western Cape. On citrus their volumes lie in juicing Valencias and Star Rubies to South East Asia.

“We’ve had amazing support from our wide network of producers and clients,” says Ankia, “and they have had so much confidence in us since we started at the beginning of September last year.” 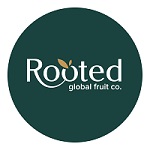