The area devoted to organic fruit cultivation is growing significantly every year in Spain, with citrus being one of the categories with the highest increases. The growing supply of certified organic citrus is starting to be reflected in the prices of oranges, clementines and mandarins, which are increasingly under pressure.

This week, the first Valencian Nadorcott and Tango mandarins are starting to be marketed, while the last stocks of the Clemenules and Clemenvilla are running out. 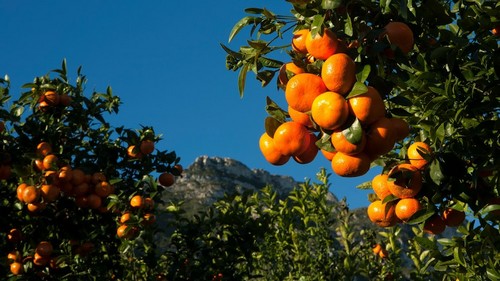 "This year, there has been quite a noticeable increase in the area devoted to organic oranges, clementines and mandarins," says Alberto Torres, of the Valencian company Citruslandia. "Clementine and mandarin prices are lower and it is being difficult to obtain good margins. And the situation is much worse in the case of oranges. So far, this has been one of the toughest organic citrus campaigns I remember."

In its 25 years of history, Citruslandia has always been devoted to organic farming, with organic mandarins as one of its most important products.

The Nadorcott and Tango harvest has generally been marked by quite high yields per hectare in what looks set to be a record campaign with good quality and sizes.

"The marketing has started slower than in other years, with little movement. In fact, at the moment, the prices paid for the first organic Nadorcott should be much higher," says the grower and marketer. "The supply is greater, as each year, the acreage devoted to the organic Nadorcott grows by around 20%, but there's also the feeling that the demand has slowed down, as reported by some supermarket chains. This is a bad sign, as it does not seem that the situation will improve until the end of the season. We will have to get used to and adjust to the higher volumes that are coming, both in Spain and in other countries, after ten or twelve good years with these special varieties."