Farming grapes for quality over quantity requires a change in mindset 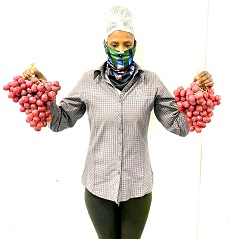 “In all of the years I’ve been involved in farming, this is definitely the handsomest grape harvest hanging there for us,” says Jacques Beukes, director at Modderdrift Boerdery in the Hex River Valley where they have so far packed 10% of the new crop.

By the end of the week, they’ll be packing at all of their packhouses.

“During the runup to the harvest everything just fell into place. We had the opportunity and the time to prepare the grapes right. We were able to pay more attention to putting the right amount of grapes on the vine and selecting the right bunches to ripen.”

He observes that the mindset over the past few years has been to farm grapes for quantity, an approach driven by the ever-increasing pressure of production costs. “We’ve now learned that this isn’t the way with grapes. You shouldn’t go over the optimum and this year we decided: we’re going for quality over quantity. I’m grateful for the preparation we could do, and the fruit we’re seeing in the packhouse look unbelievably good.” 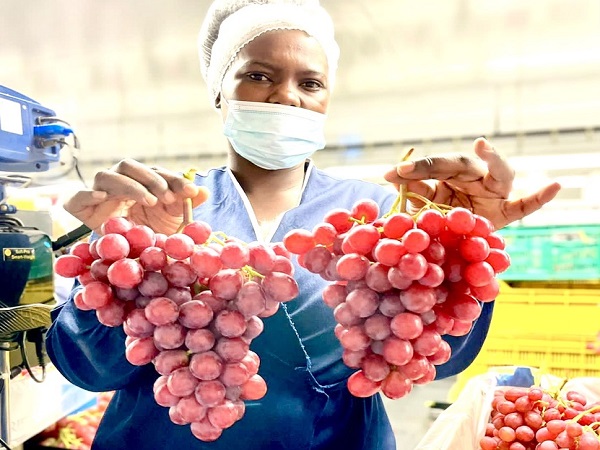 They are harvesting Starlight, ARRA29, Tawny, starting yesterday with Sable Seedless and next week moving the blocks of Joybells (the South African red seedless cultivar which has transformed this year into a beauty with the right amount of preparation, Jacques says) and Sweet Celebration.

A prediction of heavy rain this past weekend passed them by in the Hex River and surrounding areas like Brandwacht where they also produce grapes, to their great relief; rain has again been playing a major role for grape growers in the northern production areas (Limpopo and Northern Cape) as well as in parts of the Western Cape like Piketberg, Trawal and Paarl.

“The rain hurt us tremendously over the past two years and we had two very difficult seasons behind us, the most difficult seasons I’ve yet experienced. As long as the rain stays away, we can put great fruit into the market.” 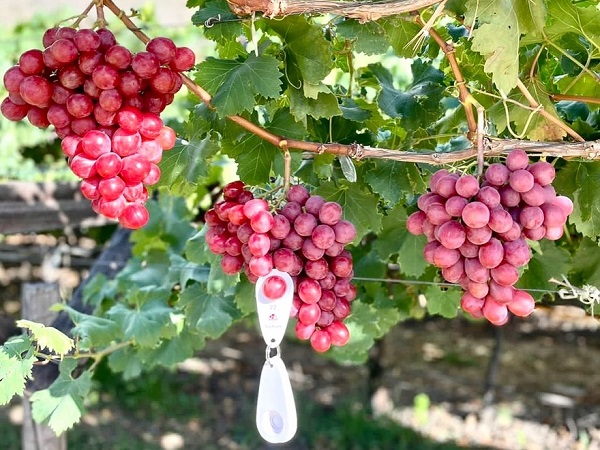 Modderdrift focuses on sending grapes to Canada and to the UK; in the latter they felt the impact of Brexit last year when they couldn’t move grapes with rain damage from the UK to European wholesale. That option does not exist anymore so now, “when you send to the UK you have to be very certain: if it goes to the UK, it has to remain in the UK. If you send to Europe, it has to remain in Europe.”

Friends in need: rebuilding a burned-down packhouse
Last year their smallest packhouse which packs around 250,000 cartons a year, burned down. It couldn’t have come at a worst time.

Losing the grape programmes serviced from this packhouse was not an option; Jacques points out that when you lose a programme once, it’s almost impossible to retrieve it. They simply had to rebuild a new packhouse from scratch in five months, despite a global short supply in steel and other construction materials as well as in packhouse equipment like topcontrol scales.

“Atlas Staal of Moorreesburg, who built our Brandwacht packhouse, jumped in and helped us. They went out of their way to accommodate us, putting in extra time.” 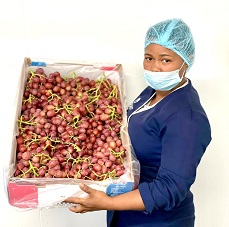 Modderdrift decided to try something different with the new incarnation of the packhouse, a change that has paid off. “In the new packhouse we have larger packing tables with six packers, instead of one person to a table with two scales.”

He says it acts as motivation for packers to be packing together and there is a whole different dynamic now in the packhouse.

“If I could replace our enormous packhouse with three of these smaller packhouses, I would.”

No major problems with shipping so far
“Shipping remains a bit of a challenge but we’re managing it well. We haven’t had any major problems this season, but our season is in its baby shoes.”

UK retail demand has been good, grapes have been moving well, but the arrival of the vessels with the fruit that experienced a break in the cold chain due to a power outage at the port of Cape Town late in December, might change the dynamic in the UK and European grape market, he notes. 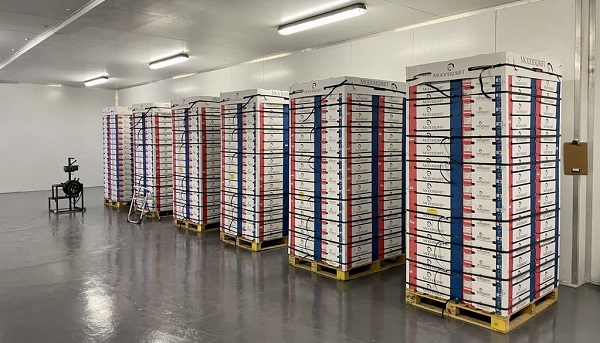 Concerning rise in production, packaging and shipping costs
He is very concerned about the effect of input costs. “There is so much pressure on producers. Higher production costs have gone unbelievably up: the chemical sprays, the fertiliser, the packing material, and labour. All of those have risen well above the official inflation rate.”

The steep jump in shipping costs has further driven this inflation, he says. “It’s very bad. Breaking even becomes so much more difficult while the price in the market don’t keep pace. We don’t get more for our fruit. In fact, we get less for our fruit. The only way we kind of survive is through the weakening of the exchange rate that absorbs the effect of inflation. We can clearly feel the impact on our cash flow. I’m very concerned about this.”