Reemoon is a name that has become increasingly familiar in Southern African packhouses and the Chinese company’s South African office recently celebrated its fifth anniversary.

It is run from Tzaneen, headed up Gerard Meyer who has been with Reemoon since its entry into South Africa. Gerard has worked in the citrus industry since the mid-1980s, initially as extension officer with the erstwhile Outspan (forerunner of Citrus Research International) and later as a citrus packhouse manager for eight years.

Early adapters of Fruscan version S7
Reemoon has redeveloped its software equipped with totally new cameras to offer Fruscan version S7. The first Fruscan packline in the world has just been installed at Ambrosia packhouse in Hoedspruit, where lemons are packed most of the year. 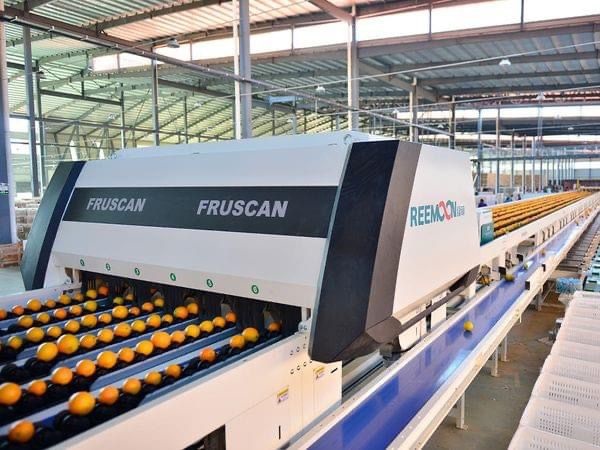 “What we can now see with the camera is totally different and more detailed than in the past,” Gerard, sales and aftersales manager of Reemoon South Africa, explains. “On the old system we looked at a percentage of the total surface covered by marks but this system is taught to distinguish between every mark. In the case of citrus, for instance, the machine distinguishes between thrips, or red scale, or wind marks. If you notice an increase in the incidence of a particular problem, the camera can be set to focus particularly on that pest.”

In the past it was difficult to notice light marks on dark green lemons, Gerard says: with Fruscan those marks are now as clear as glass.

"The actual big plus is Reemoon itself. I'm so grateful that they've come to South Africa," says Gert Bezuidenhout, the owner of Ambrosia where the Fruscan version S7E has been installed. "I'm receiving continuing support and they pay immediate attention to my needs. It actually feels like they're working for me. Reemoon is also more affordable than the other machines available on the market. It's a no-brainer to use Reemoon, in my opinion."

Reemoon will be installing the same technology in an apple packline in Bethlehem, Free State, where the new Royal Gala season is now starting. Before, optic sorting of bicoloured apples often presented problems, Gerard says: the dominant red is recognised by the camera as a colour while the secondary yellow streaks are instead interpreted as blemishes or defects.

“This will open a whole new world for us in the apple world,” he maintains. “We can set up the camera to distinguish between seven different colours and not to confuse them with marks.”

The sorter also picks up apples with internal core rot which are directly sent for juicing.

No leave for Reemoon technicians while packhouses run
“We listen to our clients and when they have a problem, we act pro-actively and we sort it out immediately,” Gerard sets forth. “In our offices in Tzaneen we carry all the parts so that packhouses don’t lose any time when there’s a problem and a new part is needed.”

At all times there is at least one technician and one salesperson on standby. Reemoon has technicians throughout the country, having recently also opened an office in Citrusdal, but they are looking for a technician to represent Reemoon in the Eastern Cape. 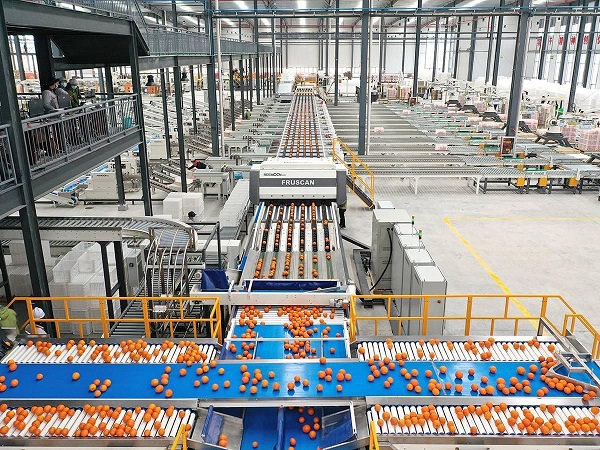 Their technicians are certified electricians with their wireman’s licenses and all business with the local farming community is conducted in English and Afrikaans; there is no need ever for a Reemoon user to communicate directly with the factory.

“We do everything and we can do everything,” he emphasises. “When you call us, you’re talking to a South African. Our policy is we don’t go on leave while the packhouse is running. That’s where we’re different. We use no subcontractors.”

During the packing period, Reemoon pays a free courtesy call to every packhouse running its packline once a month. The warranty on Reemoon is between a year and two years, depending on the packhouse.

Reemoon sponsors CRI workshops and the bi-annual symposium. Their demo version is taken along to the CRI symposium when it’s not hired by citrus packers in the Cape and Westfalia for packing avocados in Mpumalanga. 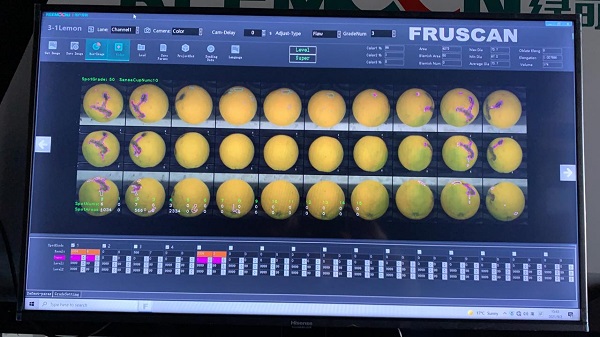 Reemoon R&D
Optic sorting technology is continually being improved and upgraded with some interesting new developments on the way. "We are working very hard with other role-players in the industry on new developments," he adds.

Given the huge volume growth in, for instance, citrus and the market oversupply, fruit growers are increasingly looking for ways to differentiate themselves and obtain higher prices, and in response to requests Reemoon also offers an extra system capable of determining the Brix levels of the individual fruit.

Reemoon will soon be branching out to blueberries as well.