Adorned with messages of solidarity in support of PEI potato farmers

A convoy of almost 40 trucks, including 16 potato trucks carrying half a million pounds of fresh potatoes, made its way through the streets of Charlottetown today along with series of heartfelt messages directed at the federal government.

"The last four weeks have been horrible for Island farmers, but we're not giving up," said John Visser, Prince Edward Island farmer and Chairman of the PEI Potato Board. "We are here to show the federal government, who walked us into this situation, how we're feeling and the impact their ineffective action is having." 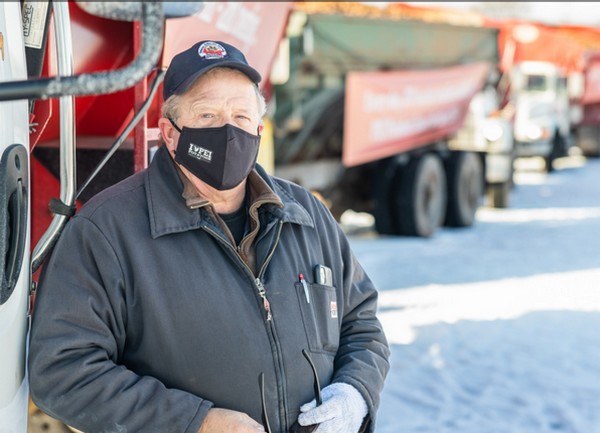 Close to 40 trucks carrying some 500,000 lbs of fresh potatoes parade on the streets of Charlottetown - CNW Group/Prince Edward Island Potato Board

On November 22, despite the fact that no potato wart has ever left the Island in the 20 years it's been managed, and finding it in an area of far less than one acre in total, the Canadian Food Inspection Agency placed a ban on the export of fresh PEI Potatoes to the United States with the approval of Canadian Minister of Agriculture, Marie-Claude Bibeau.

"The Federal Minister of Agriculture is responsible for the CFIA, which created this situation," said Visser. "The Minister put the ban in place but has not been able to explain why the same scientifically accepted management practices, which are good enough to allow United States potatoes into Canada, are not good enough to allow PEI potatoes into the United States. This is not some academic discussion; this is the lives and livelihoods of thousands of Islanders at stake."

The CFIA has maintained the position that the ban was needed so that the United States would not impose its own ban, which could be harder to remove.  Meanwhile, the CFIA has deemed Prince Edward Island potatoes safe to continue shipping across Canada and to several export markets.

Additionally, the CFIA continues to allow the shipment of potatoes in Canada from Idaho and 15 other states with pests that are quarantined or regulated. In those instances, the CFIA accepts washing and sprout inhibition as a way of controlling the risk for U.S. potatoes coming north – the exact same process used by Prince Edward Island to manage potato wart.

The convoy of potato trucks was also a statement by farmers of what is to come. Prince Edward Island farmers are poised to be forced to destroy upwards of 500 million pounds of healthy, safe potatoes because of the U.S. trade ban.

"Because of how this has been mishandled, we are now looking at one of the worst things that can happen to a farmer - destroying the very product they put their whole year's work into," said Visser.