ntercitrus met on Wednesday with Spanish MEPs to consolidate a pressure group in Brussels to force the Commission (EC) to impose a cold treatment in transit to European citrus imports to prevent the arrival of certain pests, mainly of Thaumatotibia leucotreta. The EU considers that this pest is a quarantine pest and that fighting it and other quarantine pests of the same condition, such as B. dorsalis or B. zonata, is a priority as they represent a serious phytosanitary, economic, and environmental risk for the European citrus. 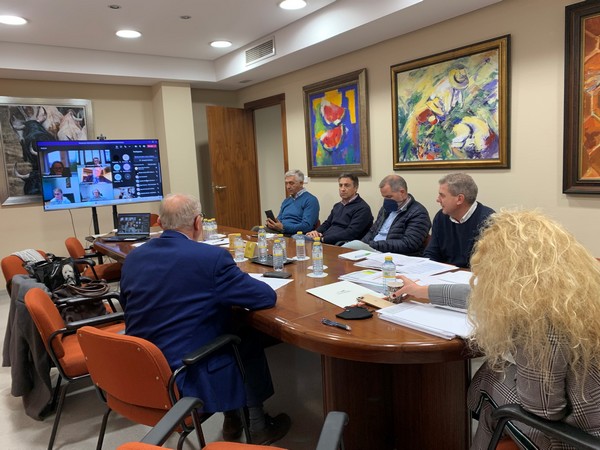 The meeting with the MEPs took place the day before the Phytosanitary Standing Committee (SCOPAFF) debated, on December 16 and 17, and for the third consecutive month, the measures that will be applied in response to the record number of interceptions of foreign pathogens in imports from non-EU countries, i.e. more than 200 until the sixth of December, 58% of which were found in citrus imports from South Africa and Zimbabwe. The MEPs who attended the meeting endorsed the arguments of the citrus sector, promised to give 'visibility' to the problem in Brussels and to seek political alliances between the southern member states, which are also affected by these pests, to force the EC to impose the cold treatment in transit to these imports.

Other actions were proposed to advance in the matter of reciprocity and to establish more rigorous protocols to curb the threat of a second foreign pathogen that also poses an unacceptable risk to European plantations, the Citrus Black Spot (CBS).

This was the first meeting in a set of meetings with more members of the European chamber, which will be held at the beginning of next year. Intercitrus said it feared that "the debate, which is strictly technical and defined by EFSA scientific reports, will drag on for too long and be tainted by the geopolitical and commercial interests of the northern EU countries –as they are in the port, import, repackaging, and distribution business– or that circumstances also outside the phytosanitary field come into play, such as the Community's own commercial policy or cooperation development policy."

Congressmen from all the Spanish citrus growing areas participated in this first meeting with Intercitrus. There were several short-term initiatives proposed, such as organizing a photographic exhibition at the headquarters of the Commission itself in Brussels or in its vicinity showing the damage that some of the 16 foreign pests introduced since the beginning of this century, such as the so-called South African cotonet or Trioza erytreae (HLB vector), and others that threaten to do so have caused or can cause to the plantations.