"95% of the Valley Gold variety's fruit is marketable"

The Valley Gold protected mandarin variety will reach its optimal Brix, color, and size levels and be harvested in January, just after the stocks of free varieties, such as Clemenules and Clemenvilla, run out and before the arrival of other protected varieties, such as the Nadorcott or Tango.

"The Valley Gold variety was recently implanted in Spain and it is in its development and expansion phase. We expect a harvest of 85,000 kilos in the young farms where it's been planted in the Valencian Community and Tarragona,” stated Jose Lopez, the Sales Manager of the Citricom breeder for Spain. 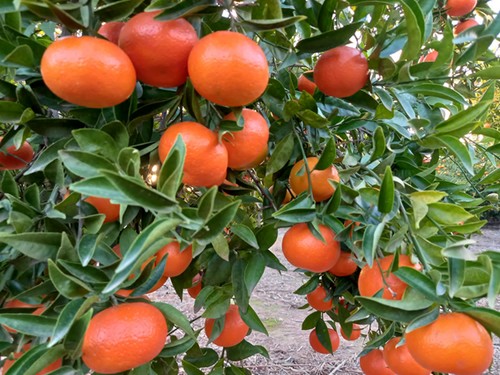 “Its optimal harvest time takes place in January when the fruit reaches an internal maturity (with a Brix of nearly 13.5º and an acidity of 1.1-1.2) and external intense reddish-orange color. It is ahead of the late reference varieties and comes after the Clemenules, covering an interesting commercial window," Jose Lopez stated.

"We hope that farmers are paid 55 to 60 cents per kilo in the first operations, which is a good price taking into account that their production and planting costs are quite cheaper than other varieties. Given the growing interest that producing and trading companies have shown in this variety, we expect prices to rise in the medium long term, as it gains popularity.”

A Valencian farmer from the Picassent area decided to plant a hectare of this variety by grafting it 3 years ago. Last year he collected 22 tons and he estimates he'll harvest nearly 35 tons this year. "We hope to produce 65 to 70 tons in the next seasons because it is a very productive variety that has no alternate bearing," the farmer said.

“The fruit from this farm hardly has seeds, despite having several neighboring varieties that do. Fruit sizes are homogeneous and their color becomes more reddish-orange every day. 95% of the fruit is marketable as it has very few damages to its skin,” he highlighted. 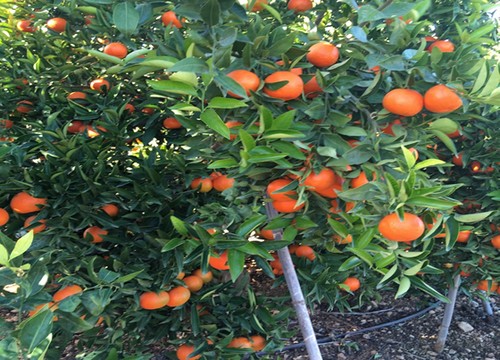 According to this producer, the trees produce low-hanging fruit clusters and can be fully harvested in just one pass.

"Several businesses have already expressed their interest in this fruit because of its excellent internal and external quality. In addition, businesses can sell this fruit with leaves because the color contrast between its dark green leaves and the reddish-orange fruit make it an aesthetically premium product,” he said.

Even though its skin is highly resistant to wind-branching the Valley Gold variety is easy to peel, he added. "Furthermore, this variety can remain on the tree for a good while and its resistant to alternaria, so we won't have problems of this type in years of abundant rain."

“One of the principles on which the development of the Valley Gold variety in Spain is based is its free commercialization. In other words, it is the farmer who decides who to sell it to, where to sell it, and when to sell it. We at Citricom try to offer farmers different alternatives for the sale of the fruit, but it is the farmer who has the final say,” concluded Jose Lopez.