On November 22, The Animal and Plant Health Inspection Service (APHIS) published the phytosanitary requirements Colombian producers interested in exporting mangoes to the United States must meet. The requirements are detailed in a work plan between both phytosanitary authorities: APHIS (for the U.S.) and the Colombian Agricultural Institute (ICA, for Colombia).

Mango imports will be subject to phytosanitary risk mitigation measures such as hot water treatment or phytosanitary irradiation. Nowadays, the main suppliers of mango to the U.S. are Mexico with a 57 percent share, followed by Peru (15 percent), Ecuador and Brazil (10 percent each) and Guatemala (three percent). These countries export under conditions equivalent to those authorized for Colombia.

According to the Ministry of Agriculture and Fedemango (Colombian Mango Federation), Colombia exports US$ 2 million worth of mangoes to more than 10 countries in the world including Canada, France, the Netherlands and Belgium. There are approximately 35,000 hectares (85,000 acres) of mangoes in Colombia that have an average yield per hectare of 10 tons, estimating a national production of 350,000 tons. Cundinamarca is the department with the highest production, followed by Antioquia and Norte de Santander. 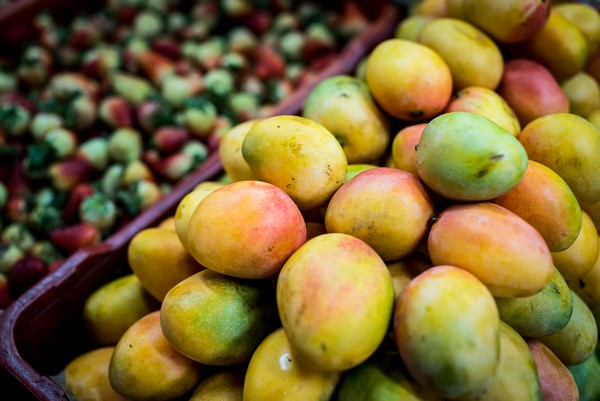 An expected decision
“This is well overdue and as the Colombian export market has grown as well as the development and commercialization of new varieties, it was expected,” says Gonzalo Garcia of mango exporter Tropi Gold. “This opens up a huge market for Colombian mangos. We have several varieties here from the baby mango to Yulima, Nam dok mai and Tommy. Mangos are one of the biggest consumed fruits in the U.S.”

The USDA notes that in the last 10 years, consumption of mangoes has grown by 63 percent, going from 2.24 to 3.65 pounds per capita. It also reports that U.S. imports 98 percent of the mango worldwide which represented around $493 million, equivalent to 549,000 tons of mango in 2020. So, a shift in Colombian supplies is to be expected. “Certainly demand of mango and consumption levels will divert a large majority of shipments to the U.S. Since mangoes are produced domestically only four months of the year in the U.S., this translates to a great demand for eight months,” says Garcia.

Expanded farming
Among mango varieties, Colombia produces several of them including Hilacha (39 percent), Tommy (20 percent), Keitt (10 percent), Yulima (10 percent) and baby mango (five percent). In turn, Garcia says changes will be needed in Colombia mango production. “Mango farming will have to expand in Colombia to match increasing demand from the states. Most varieties are year round and we expect to see production volumes growing in the coming years to meet demand in the states,” he says.

“The announcement is an important achievement for our country and represents a great opportunity for the Colombian agricultural sector due to our capacity to harvest fresh produce throughout the year,” said Flavia Santoro, president of ProColombia, the government agency in charge of promoting Colombian exports internationally, in a press release. “The breakthrough is a result of the sanitary diplomacy strategy that has allowed various Colombian products access to the American market. This is also a reason to take advantage of the Free Trade Agreement we have in force with the United States since 2012.”