"It's a crispy and refreshing tropical fruit. It is great on a summers day and for trying to cool down."

An Australian fresh produce trading company says the quality of this year's crop of Wax Jambu is the best he has ever seen grown commercially in this country.

Produce Art, based in Brisbane, supplies the emerging tropical fruit and Director Rohan Bicknell puts the high quality down to the "sensational" growing knowledge and ability of Fruit Forest Farm, near Tully in North Queensland, who have delivered great fruit, especially this season.

"Peter and Alison Salleras, and the team there have done a fantastic job and put a lot of effort into growing it," he said. "It is the best commercial crop that I have ever seen out of Australia. They are a tropical fruit specialist grower with over 100 different varieties of exotic fruits that they grow there. They have been trying to develop the fruit for more than five years, they put extreme effort and care into what they do; everything is netted, they put a lot of effort into nutrition, it was watered thoroughly for size - but mostly just their attention to detail. We are seeing great results, and the sizing is even double what I have seen before in Australia." 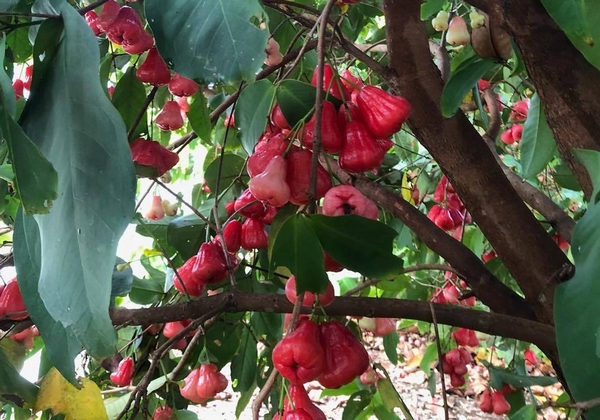 "It is worth a pretty penny when it is in season, and there is a high demand for these types of fruits," he said. "You only get one crop a year, unfortunately, around Christmas time. So, it's quite short and sharp. My partner is Taiwanese and said this fruit was just like at home. The Taiwanese community has also thought the same thing, so there has been a mad rush for it. I can say a 'frenzy' was created from the initial supply, and I guess the feedback this year was that the size was great. It wasn't as sweet, but that maybe had to do with the weather, and too much rain. But it was the closest thing they have had to proper Wax Jambu in Australia." 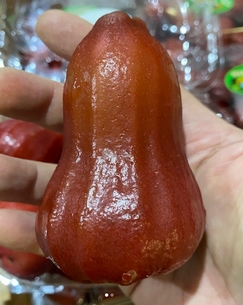 Produce Art supplies a large range of tropical fruits and Mr Bicknell says because of good climatic conditions in Australia more growers are becoming involved in tropical fruits over the last few years.

"There are different types of Wax Jambu, or Wax Apple, out there," he explained. "There is a different variety that comes more out of Malaysia called the Rose Apple, but the Wax Apple is the one that seems to be most popular. The dark red one seems to be one of the more favoured ones, but there is a pink one and a green one as well. We are starting to see some product coming out of the Northern Territory now, but the quality is still developing to market expectations, in terms of getting the sweetness and size of the fruit. That could have something to do with the varieties we have available here. I know already that due to the excess amount of rain it is starting to affect the crop a little bit, with minor skin damage. But everyone is learning with this new fruit and hopefully ensure that they can further improve in years to come." 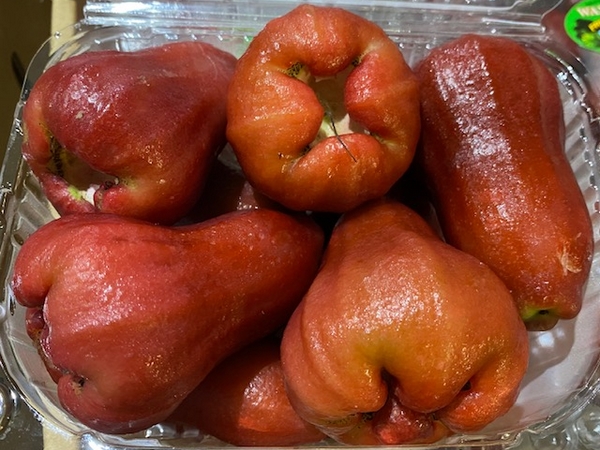 He says that Fruit Forest Farm supplies the fruit to East Coast markets, as well as social media has really connected Asian community groups who want to buy the fruit direct. While Produce Art has the option to deliver directly to the customer to some regions, through online purchasing.

"Honestly, it is great just eaten fresh," Mr Bicknell said. "It can be cut up into segments or eaten whole. It's a crispy and refreshing fruit; it is great on a summers day and for trying to cool down. The flavour is not overwhelming, it is very delicate, but it has a hint of sweetness and is something quite unique. It would be like a super crispy pear but easy to bite through at the same time."