Francisco Manuel Martín García, from Agrogades: "Albert Heijn has been our main client for almost 40 years"

The next carrot bouquet that a consumer buys in December and for the next 6 months in a Dutch Albert Heijn supermarket will have been grown in Cadiz, and more specifically in the vicinity of the Guadalquivir river estuary. Cadiz produces 74% of all the carrots produced by the autonomous community of Andalusia and it is an important supplier of fresh carrots with leaves for Central Europe. 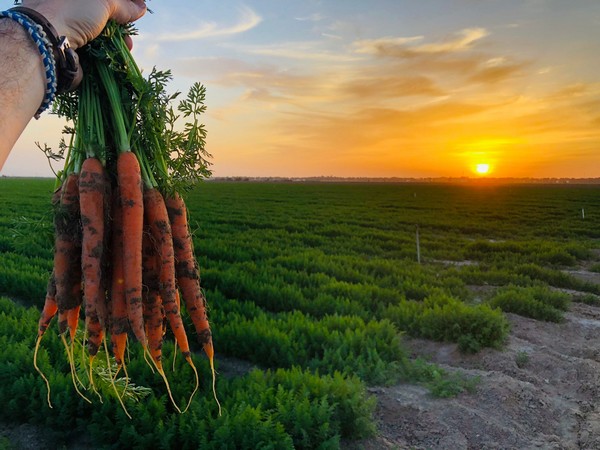 “Agrogades has been producing carrot bouquets for the Dutch market's winter season, which runs from November to the end of May, for nearly 40 years. We've also sold cauliflowers to the Dutch market for more than 20 years,” stated Francisco Manuel Martin Garcia, better known as Quisco, the manager of this firm located in Chipiona. "The carrots for bouquets need to have a perfect leaf. Unlike other areas in the interior, in winter, we hardly ever have temperatures below zero at night, which would affect our production, due to the microclimate at the mouth of the Guadalquivir."

“In addition, the soil in Chipiona and Sanlucar de Barrameda, in the area of La Colonia de Monte Algaida, where most of our farmers are, is sandy. This allows the carrots to develop very well and allow us to collect them at all times, even in rainy periods, which, complemented by other important agricultural areas, such as Lebrija and Arcos de la Frontera, helps us guarantee we comply with our loading programs. In fact, we have been working with supermarkets in the Netherlands for four decades and we have never missed a delivery,” Quisco stated. "They're not only purchasing cauliflower or carrots, they are buying a fully guaranteed service."

"We export 100% of our production of carrot bouquets -a specialty of ours- to the Netherlands and Belgium, but our main customer is Bakker Barendrecht, and with it, the Dutch supermarket Albert Heijn."

How they got to supply the largest supermarket chain in the Netherlands for 4 decades
A bouquet of carrots is a highly valued product in the Netherlands, says Quisco Martin. “Dutch customers value these carrots very much. For them, having a green leaf is a guarantee of freshness. And they pay for it. However, this product is only produced in the country from June to November, as it can't be grown in winter because of the low temperatures.”

“40 years ago, Albert Heijn supply managers came to our area searching for suppliers so they could sell this product throughout the year and they contacted my father, Antonio Martin Ruiz. My father, who is now 73 years old, was a born entrepreneur and decided to give it a try. He started doing tests and became an expert in this crop. We've been working with them and other Dutch and Belgian clients in the winter campaign for 40 years. This product is a benchmark in the region.” 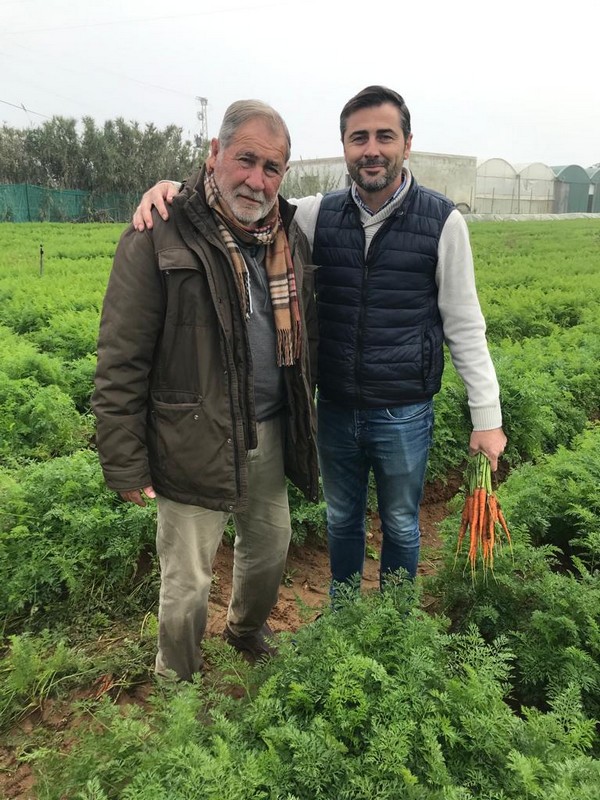 Albert Heijn is by far the largest supermarket chain in the Netherlands. In 2020, according to different consulting firms, it had a market share of almost 35%. Agrogades has maintained a close collaboration with Albert Heijn since its inception. They work together with Bakker Barendrecht focused on the end customer. “We must never forget Beppie, that's who we work for, a symbol of Albert Heijn's client,” says Quisco Martin.

“We grow carrots in some 80 hectares where we produce 5 and a half million bunches of carrots. We also grow cauliflowers on 130 to 140 hectares from where we harvest about 2 million units. We also sell our cauliflowers in Albert Heijn, although we are increasingly growing in the Spanish market; in fact, the national market currently accounts for 20% of our cauliflower sales.”

A campaign marked by drought
Agrogades started its new season three weeks ago. "This year the campaign started a bit slow because the production of bouquet carrots in northern Europe lasted a week to ten days more than usual," the manager stated. “We started our cauliflower campaign with little volume and a lot of demand in the market. At the agricultural level, production has developed well, although this year we've had to deal with a significant lack of water. Some areas, like Lebrija, are already being affected by restrictions.”

According to official statistics, the average rainfall in Andalusia in the 2021/22 hydrometeorological year was more than 30% below the usual values, the Environmental Information Network of the Junta de Andalucía stated. As a result of this lack of rainfall, 80% of the Guadalquivir basin was declared in November in a situation of extraordinary drought and the agrarian region of the Northwest Coast of Cadiz is one facing a severe drought situation, according to the latest report from the Andalusian organization. Water is a valuable resource that is even more precious in these moments of scarcity. Only 2.5% of the water on the planet is fresh water and less than 0.01% of the total is on the surface.

“Despite the drought, we still have water in our farms and we have enough irrigation. The crops are under control. We have programmed our production. However, growing a product with sprinklers is not the same as growing it with rainwater. We run the risk of having a late production that isn't as vigorous. We know we'll comply with our orders, but we continue to wait for the rain,” Quisco stated.

Carrot prices remain stable
The data shared by the Observatory of Prices and Markets of the Junta de Andalucía reflects the good data of Andalusia's carrot sector. In the 2020/21 campaign, the average prices in the field increased by 13.5% over the previous campaign. In addition, exports increased for the third consecutive year, by 12.3% in volume and 5.3% in value, despite a 208.8% rebound in regional carrot imports.

“The cultivation of carrots has become increasingly more professionalized over the years. We produce very perishable products and we have clients who are looking for freshness and high quality, especially bouquet carrots and cauliflowers. That's why you won't find farmers in our area speculating with large quantities of these products.” 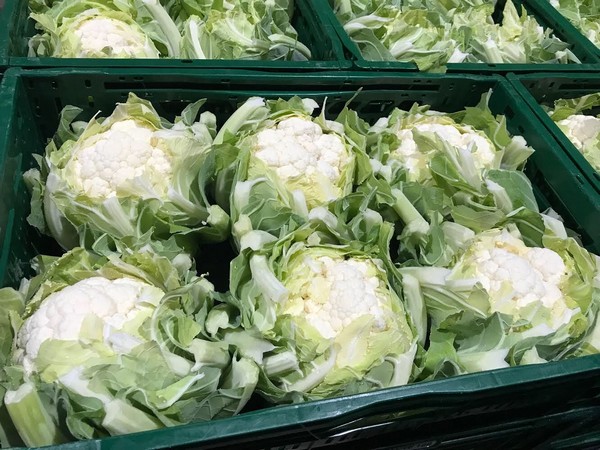 “It seems that the supply of bouquet carrots has grown at the rate of demand in recent years, so we haven't had any campaign that was terrible from beginning to end. The average price of cauliflower has also remained stable allowing us to continue working. There have been specific moments with a lot of supply, but the average prices have remained stable and they have even improved from time to time," Quisco said.

“Agricultural products depend on the weather, the rain, and the rise in production costs, among other things so achieving balanced prices is very complicated. What is certain is that if there is an oversupply prices will decrease. So, even though it is difficult, we have to try to schedule the offer. We also have to sell ourselves better. We in the Spanish agri-food sector can boast that we are a great industry with years of experience and that we continuously supply the European markets with our high-quality, guaranteed, product variety at affordable prices for mass consumption. However, those prices must be good enough to allow us to work.”