With the China-Laos Railway recently started operation, the city of Yuxi in southwest China's Yunnan Province, as an important city along the route, is expected to forge itself into an international logistics hub.

The China-Laos Railway runs 1,035 km, including 422 km in Laos, from the city of Kunming, capital city of Yunnan Province, to Lao capital Vientiane, slashing the travel time between the two cities to about 10 hours. The railway has five stops in Yuxi, including Yuxi, Yanhe, Eshan, Huanian and Yuanjiang. 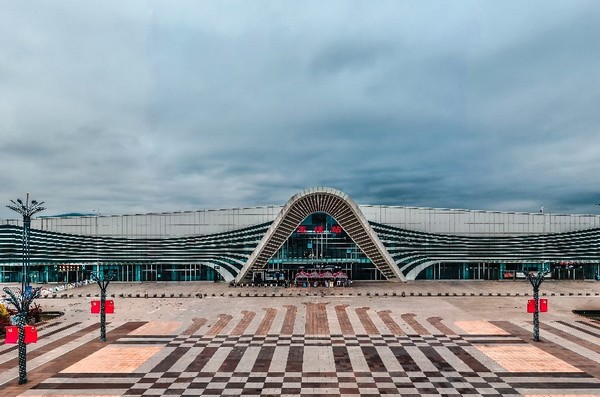 As the China-Laos Railway starting operation, Yuxi will expand its logistics services along with other industries from the Yanhe and the South freight train stations. This will further promote the construction of the city as an international logistics port providing nationwide services with extension to South and Southeast Asia.

Located in the middle part of Yunnan, Yuxi is not only a crucial transport center, but also a home to the province's tobacco, vegetables, fruits and flowers production, a gathering area for the industries of cigarette, mining and metallurgy, equipment manufacturing and biological medicine, as well as the pilot zone for digital economy.