Washing potatoes with clean water increases their shelf life and value. You can then export these potatoes, problem-free, to distant destinations. Primofin has developed a washing line for this purpose. Together with VAM Watertech, they designed an integrated water purification system. It completely cleans processed water and reuses it. 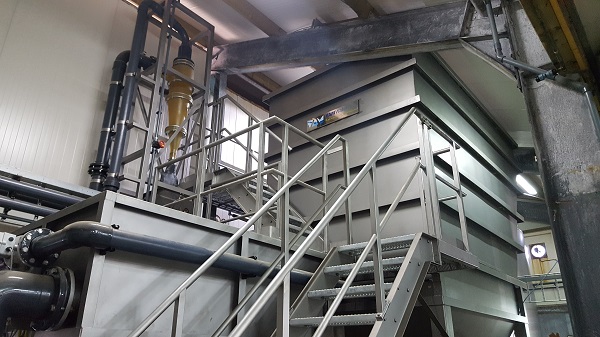 Primofin, a Dutch company, has been cultivating, processing, and trading fruit since 1975. In 2013, it began focusing solely on washing, sorting, and packing potatoes. These go to the French fries and hospitality industries, as well as retailers and for export. Primofin's potatoes find their way to local and overseas stores through wholesalers and exporters. Also, when has insufficient capacity, the company supports fellow packers.

"We have two in-house potato washing lines," says Jan Vroegop, who runs the company alongside Wim Murre. "The industrial line washes,  salts out, and electronically scans fry potatoes. Loads of potatoes are quickly cleaned of things like soil, pebbles, clods, bits of clay, and sprouts."

"We're getting an increasing demand to wash potatoes for far-off destinations. So we developed and built a separate export line for that," says Jan. After washing, sorting, and packing, the clean, dry potatoes are packed. They go into crates, big bags, net bags, paper bags, or film, according to the customer's wishes.

Careful, hygienic cleansing
The export line has a 30 ton/hour capacity. It washes, dries, electronically scans, and sorts potatoes. These are destined for local and overseas eateries and retailers. Primofin also export these potatoes. "Once washed, these potatoes have a truly long shelf life. The product is sometimes on the road for weeks. You can only really continue to guarantee the correct qualities if the potatoes are cleaned in a careful, hygienic way." 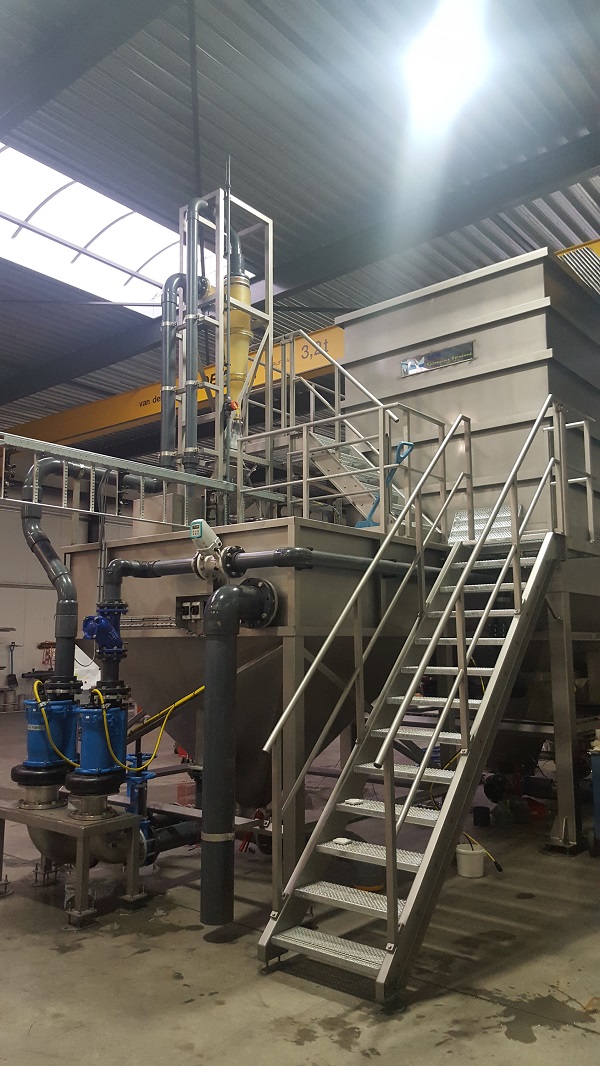 VAM Watertech assembled the machine offsite so that it could be installed quickly and easily, on location

Primofin already had good experiences with a washing line for the processing industry. So, the company decided to build a washing facility for the fresh market as well. "We particularly considered this line's product-friendly treatment. That protects the product. And its easy-to-maintain machines. Also, we wanted the entire line in one building. This washing line has been running for quite some time now.  And more and more exporters are seeing the added value of potatoes washed with clean, hygienic water."

How does the washing process work?
Before being washed, loose soil, pebbles, and clods are first removed from the potatoes. Then the foliage is separated, after which the potatoes go through a washing chute. There they are actively and intensively cleaned. They then move over a set of brush rollers, where the potatoes are sprayed with drinking water. After being washed, the potatoes are electronically scanned, sorted, and packed. 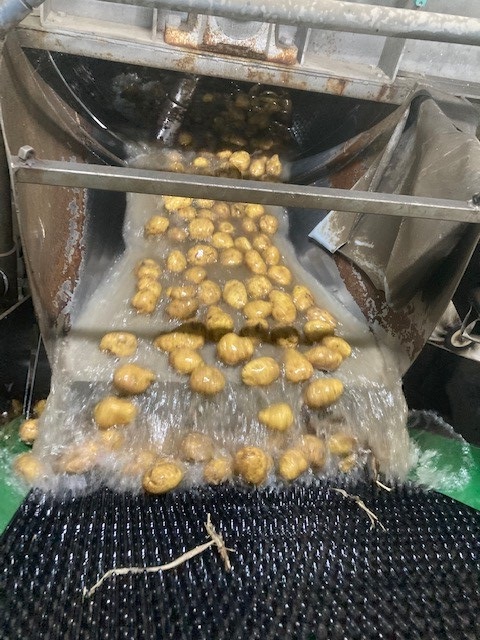 Primofin's export line thus has its own water supply - the VAM Watertech purification system. This Dutch company designs water purification solutions for fruit and vegetable processors and packers. These produce safer, cleaner fruit and vegetable products. And they allow producers to use water economically and sustainably. "Washing potatoes uses a lot of water," says Eduard van Antwerpen of VAM Watertech.

"And the quality is by no means always good. There is always a threat of cross-contamination, which spells disaster for the products' quality. It's often assumed that potatoes end up in consumers' kitchens immediately after being washed. That's, of course, not so. If you want to guarantee a longer shelf life, the main thing is to prevent cross-contamination."

Closed system saves water
According to Eduard, this system's strength lies in purifying the water in a closed system. VAM Watertech's purification solution can purify process water up to 100%. "You can compare it to taking a shower versus a bath. The major difference is that this washing line doesn't rinse the water away. Our water treatment consists of a continuous flow of clean water. This closed-loop process can save up to 95% of that water." The water flows at 75m3/hr, with minimal wastage. However, drinking water is added at the end of the washing line. That is required by law." 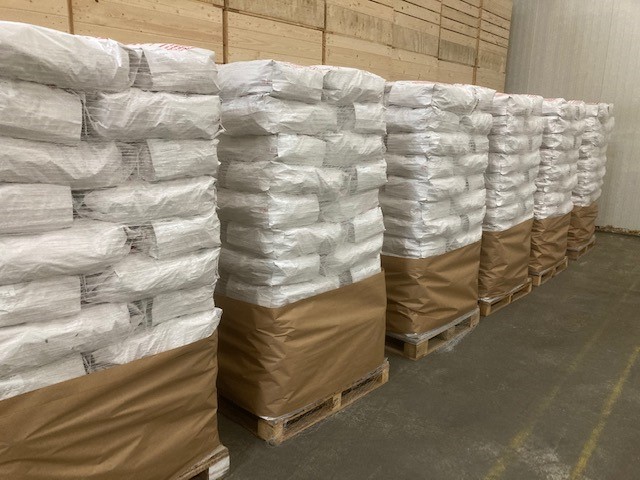 Knowing what you're shipping
Almost all consumption potatoes are washed before they get to that market. That is partly due to phytosanitary requirements. According to Jan, there is an awful lot of paperwork involved in exporting potatoes. "A big advantage is that after washing, you can see the pure product. That's beneficial for the sorting process. So, you truly know what you're shipping. That's important, especially now that transportation costs are skyrocketing."

"Our washing line takes a lot of work off exporters' hands. And it guarantees that what we do, is done right. As is required, we regularly check the water's quality. And VAM Watertech uses a remote control system to continuously monitor the quality. If necessary, you can trace any given potato batch's water quality. This proves we can ship potatoes as far as Singapore and Hong Kong, without reducing their shelf life."